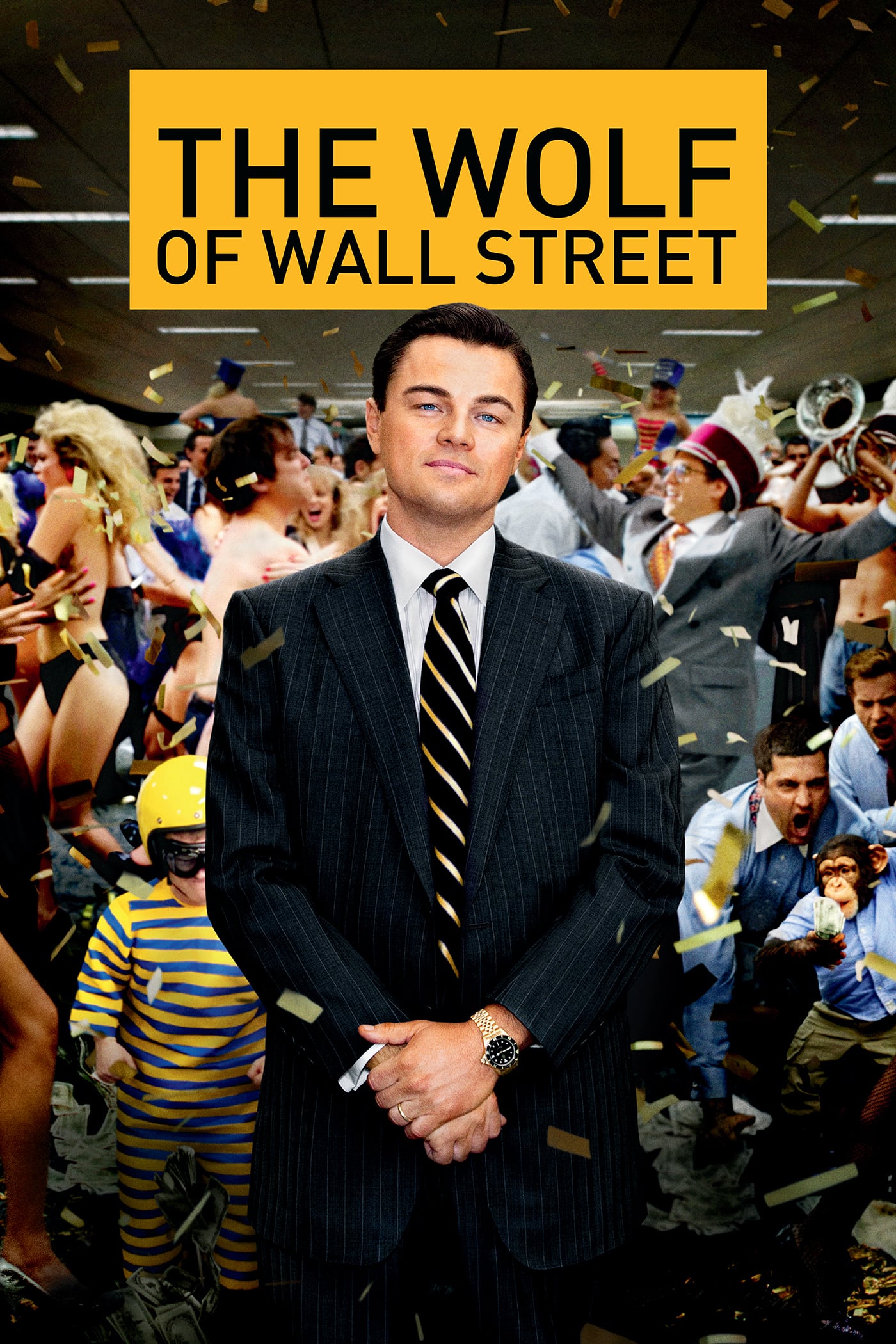 The Wolf of Wall Street

On Black Monday in 1987, neophyte broker Jordan Belfort (DiCaprio) loses his Wall Street job, but he’s quickly back on his feet selling penny stocks on Long Island. After discovering his natural sales talent, he starts up his own brokerage house with his friend Donnie (Hill). Though built on a crooked foundation, the company gradually evolves into an investment empire, competing with the like of Goldman and Lehman. Along the way, Jordan rewards himself with lavish partying, garish trappings of wealth, and a gorgeous trophy wife (Robbie). But his blatant, in-your-face lifestyle doesn’t escape the notice of a relentless FBI agent (Chandler). As Belfort’s wealth continues to build, we recognize he may be in for a fall- a big one.

Adapted from Belfort’s own memoir, Scorsese’s Oscar-nominated, seriocomic portrait of unchecked greed and depravity hits you like an adrenaline shot to the heart. Three hours race by as an orgy of escalating highs unfolds, with a superb DiCaprio the ringmaster of a colorful cast. Scorsese clearly isn’t interested in taking an overt moral stand here. Instead, he tracks Belfort with the same acuity he showed with the gangsters of “Goodfellas”. Belfort is like the devilish love child of Gordon Gekko and Henry Hill; DiCaprio, with frequent asides to the camera, makes him a sleazy bundle of crooked charisma and charm. Warning: this movie does seem to polarize people; though it’s unapologetically over-the-top, we found it extremely entertaining. By all means, cry “Wolf!”

The Woman Next Door