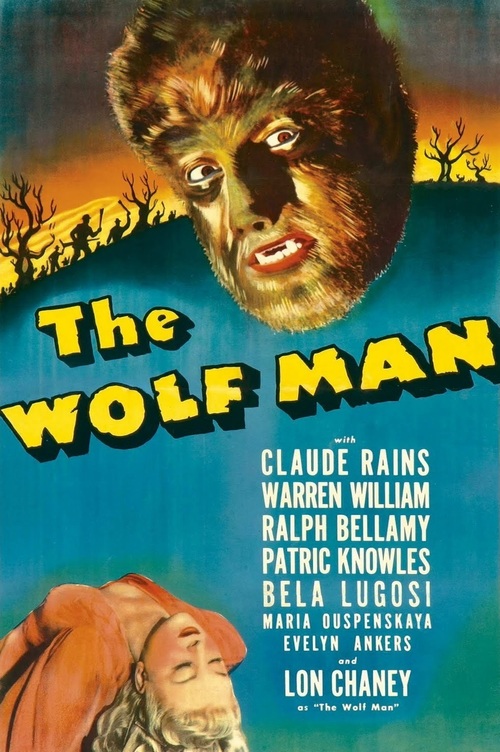 Returning from America to Wales and the estimable estate of his father, Sir John (Rains), college grad Lawrence Talbot (Chaney) learns of an ancient werewolf myth, which he laughs off as the bogus legend of superstitious locals. One night, hearing a woman's scream, Lawrence runs out to the moors and is attacked by a ferocious, wolf-like beast. He soon hears from gypsy fortune teller Maleva (Ouspenskaya) what awful fate awaits him when the next full moon rises.

George Waggner's hirsute chiller mounts a tragic tale of fate, obsession, and man's baser instincts — and features one of the most startling transformations ever concocted for film. The younger Chaney had avoided monster roles for years, but created his most memorable screen persona when he finally donned a snout and yak hair. With makeup genius Jack Pierce and a cast of top-notch talent on hand (including Bela Lugosi, Evelyn Ankers, and Ralph Bellamy), the Universal team created an iconic picture that has inspired countless re-visionings. Avoid the sequels: the original "Wolf Man" is the only version worth feasting on.

The Wolf of Wall Street