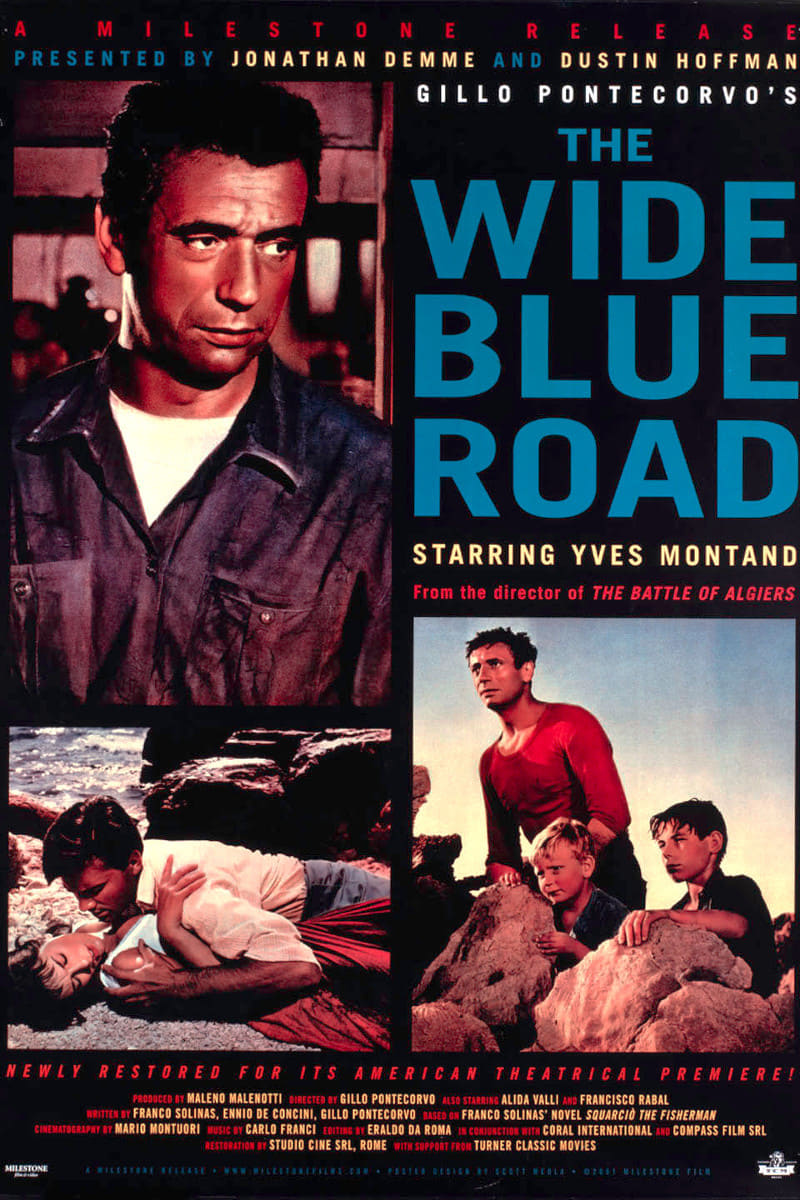 Shot on location off the Dalmatian coast, this spare but powerful film stars Montand as Squarcio, a fisherman in an Italian village who risks the wrath of the authorities and his fellow townspeople by using explosives to increase his yield of fish. Though Squarcio agrees to change his ways when he's almost nabbed, he doesn't make good on his promise, ultimately putting his pride and livelihood at stake.

Best known for the recently restored "Battle of Algiers," "Road," director Pontecorvo's first feature, remains a stunning achievement. In this lyrical depiction of life's ambiguities, we feel no contempt for Montand's character, though he goes against the greater good by breaking the law. We simply see a man trapped in humble circumstances who breaks the rules to create a better life for his family. "Road" is made indelible by its rich color cinematography and a nuanced, charismatic performance by Montand, one of the finest of his career.

The Widow of Saint-Pierre