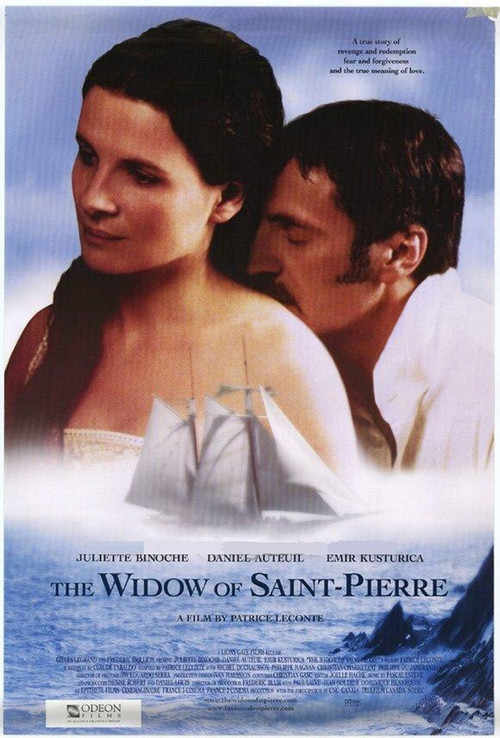 The Widow of Saint-Pierre

Waiting for a guillotine to be shipped to the isolated fishing island of St. Pierre where he is colonial chief of the guard, a Captain (Auteuil) keeps a close watch on murderer Neel (Kusturica), who's condemned to die. But his beloved, progressive-minded wife (Binoche) takes to the idea of reforming Neel. Once that's accomplished, she tries to convince the community that his death would be a travesty.

Eerie, absorbing, and psychologically complex, Leconte's masterful "St. Pierre" boasts superb performances from Binoche, Auteuil, and Yugoslavian filmmaker Kusturica ("Underground"), here making his acting debut. The mid-19th-century setting and distinguished pedigree of the participants certainly root the film in a tradition of high-minded Euro-dramas, but "St. Pierre" really sets sail thanks to a sharp script by Claude Faraldo, who wrings bitter truth from this story of romance and redemption. Pay a call on this "Widow."