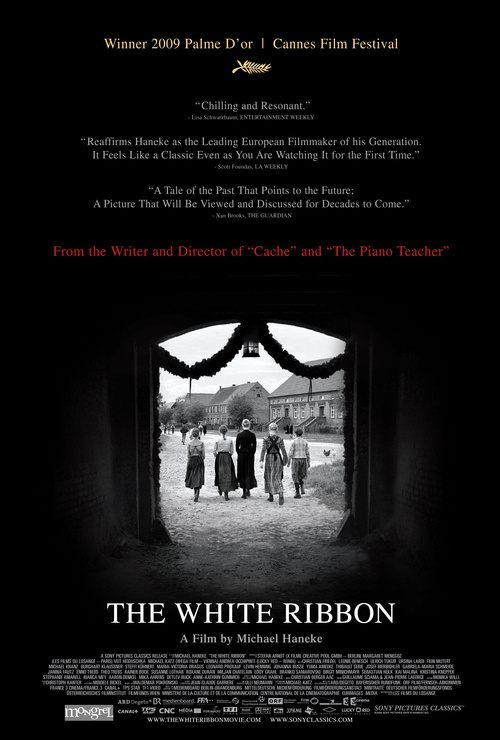 Haneke's film traces a series of bizarre events which occur in a small village in Northern Germany just prior to the First World War. Told in flashback by the village schoolteacher (Friedel), we follow the repercussions of the local doctor getting seriously injured in a carefully set booby-trap, only to be followed by an accidental death which exacerbates tensions between farm workers and the haughty Baron (Tukur), who owns the land they cultivate. Yet soon, even the Baron's family is touched by near-tragedy. Who or what is behind it all?

This disturbing, highly evocative film scores as both first-rate whodunit and riveting psychological study — one that paints a disturbing portrait of repressive mores in one very dysfunctional German hamlet. This consistently creepy, stripped-down entry evokes shades of "Village of the Damned" (1960), as the town's curiously subdued children emerge as key suspects in the unfolding mystery. Still, Haneke is confident enough not to give us easy answers or tidy resolutions. This enigmatic picture keeps you enthralled and guessing, abetted by stunning black and white cinematography, superb costume and set design, and top-notch performances from adults and juveniles alike. A masterpiece in a minor key.