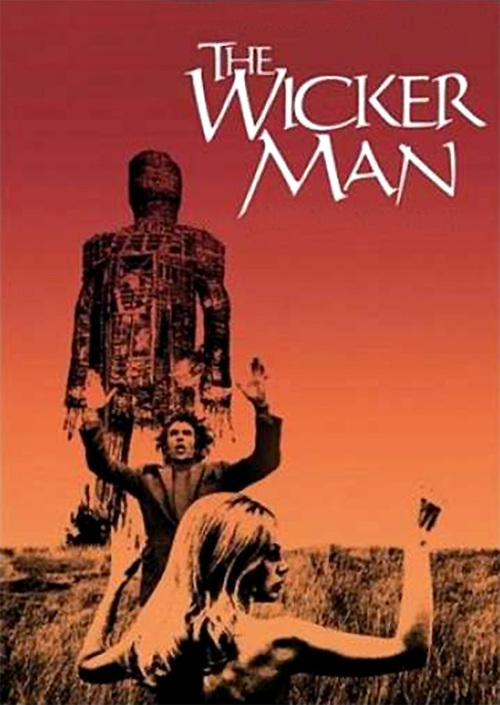 When Sergeant Neil Howie (Woodward) receives an anonymous message that a girl has gone missing in a remote Scottish village, he flies to the island to investigate. He is immediately suspicious of the terse, unfriendly locals, all of whom deny the girl ever existed. Conditions grow more ominous as Howe discovers that the villagers still practice bizarre, sometimes violent pagan rituals at the behest of their leader, the mysterious Lord Summerisle (Lee). Once Howie senses his life is in danger, he tries to escape, but it may be he's waited to long to make his move.

This haunting occult thriller works by placing one individual way outside his comfort zone, as Howie (ably played by a tough, terse Woodward), an upstanding man whos always lived by the rules of civilized society, suddenly finds himself in a place where those rules mean absolutely nothing. Unlike the 2006 remake with Nicolas Cage, the original "Wicker Man" takes its time, letting the suspense build as it gradually dawns on Howie just how powerless he is- not only to win justice, but to save himself. Dont miss the shocking, brutal climax of this '70s cult classic.