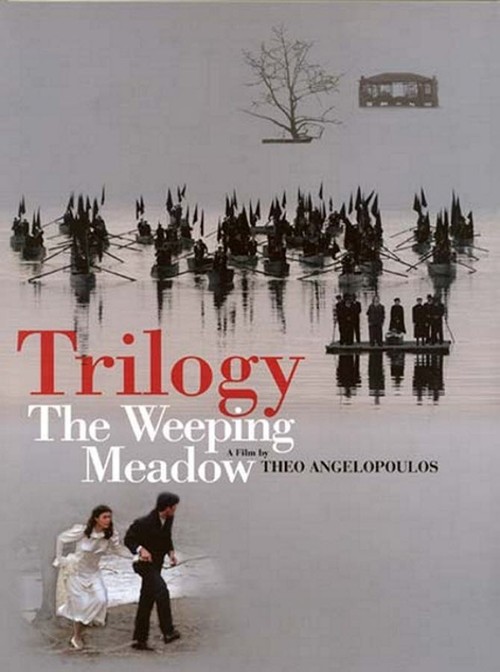 Returning from exile in Odessa after the Bolshevik revolution, a group of ethnic Greeks leaves an orphan girl, Eleni (Aidini), in the care of Spyros (Kolovos), a village leader in Thessaloniki. Years pass, and Eleni becomes pregnant by her adoptive brother Alexis (Poursadinis), with whom she's fallen in love. But when elderly Spyros declares that Eleni will become his new bride, the young couple flees with a troupe of traveling musicians to meet a fate more daunting than the one they escaped.

Dreamy, chilling, and precisely paced, "Meadow" is a stately melodrama that encompasses an epic swath of modern Greek history, yet focuses on the story of a doomed young couple who endure life-changing hardships on their grim, often turbulent cross-country odyssey. Angelopoulos' extravagant tracking shots and surreal imagery (a funereal flotilla, a tree of skinned animals) are as much a part of the journey as the sad, tortuously winding path Eleni and Alexis follow — right into the middle of a civil war.