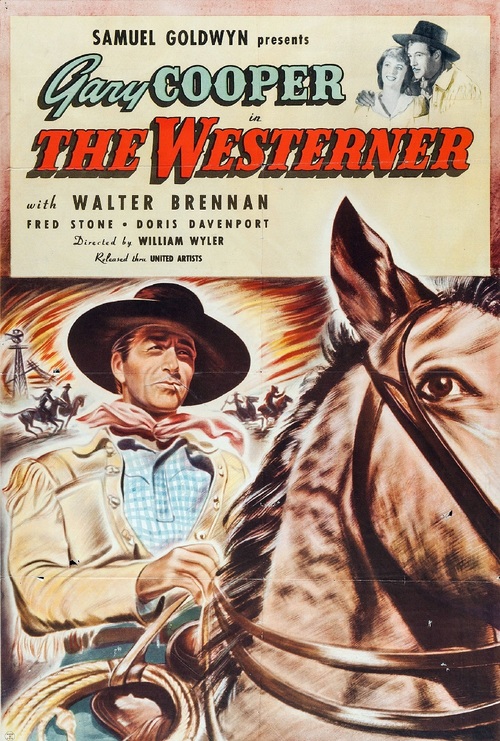 After running afoul of infamous lawman Judge Roy Bean (Brennan), who accuses him of stealing a horse, laconic Westerner Cole Hardin (Cooper) talks his way out of a hanging by appealing to his friendship with English stage actress Lily Langtry, with whom Bean is romantically obssessed. But Hardin's decision to help some homesteaders eventually brings more trouble from Bean.

Sam Goldwyn brought this classic Western to the big screen, with Wyler and ace cinematographer Gregg Toland on board from the giddy-up. Of course, Cooper's low-key, man-of-few-words routine had already made him a big star, but it's three-time Oscar winner Brennan's spirited, twisted portrayal of the paradoxical Judge Roy Bean that makes this picture so memorable. Wyler's direction in “The Westerner” is flawless, and so is his stern handling of the supporting cast. For those on the lookout for Fordian grandeur, though, there's always Toland's magnificent prairie-fire sequence to gawk at.