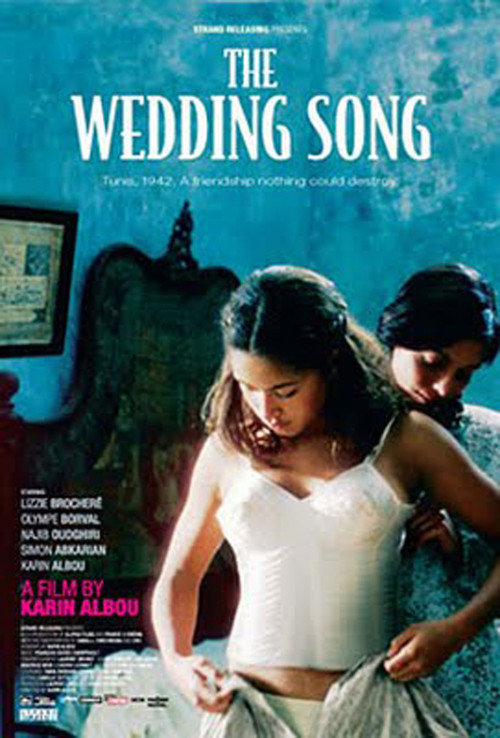 In Tunisia during World War II, a close, long-standing friendship between two sixteen year old girls — Miriam (Brochere), a French Jew, and Muslim Nour (Borval) — is put to the test as they each confront romantic complications along with the frightening effects of the German occupation. Miriam's mother (played by director Albou), concerned about finances and the Nazi presence, wants to marry off her daughter to a wealthy older man (Abkarian) who will support and protect them. Meanwhile, Nours parent's wont let her wed her boyfriend until he finds a job, which he soon does — working for the Germans! Amidst these complications, can Miriam and Nour's special relationship survive?

Albou's intimate, affecting film combines a vivid coming-of-age tale with an engrossing drama of jealousy, alienation and oppression. First, both Miriam and Nour are blossoming into beautiful young women, and increasingly there is a palpable erotic charge to their encounters. Even more intriguing though is the cultural conflict they face: when Myriam scolds Nour for her boyfriend's allegiance to the Nazis, Nour counters that prior to the Germans arrival, she too was discriminated against by the French colonialists. The film's emotional pitch is further heightened as the young women navigate choppy waters in their first relations with the opposite sex. Both female leads are totally beguiling, and Albou also excels as Myriam's desperate mother. This "Song" is a smart, beautifully rendered sleeper.