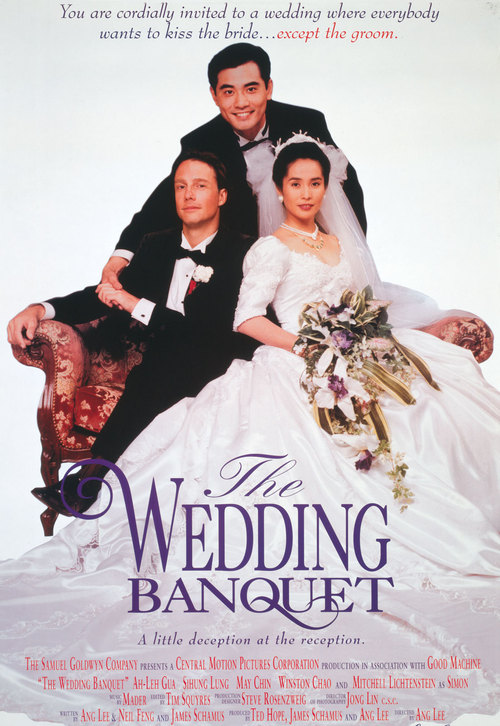 Taiwanese-born New York entrepreneur Gao Wai Tung (Chao) has enjoyed a long-term relationship with his lover Simon (Lichtenstein), but he's never disclosed the truth about his sexuality to his ultra-traditional family. To assuage his mother's constant nagging for grandchildren, he arranges a quickie marriage to Wei Wei (Chin), an immigrant Chinese artist seeking her Green Card. But when his parents unexpectedly show up in Manhattan to plan a lavish banquet for the newlyweds, their presence threatens to disrupt the one relationship in Wai Tung's well-ordered life that means the most.

Before he found commercial success with his Oscar-winning "Brokeback Mountain," Lee directed "The Wedding Banquet," a hit on the festival circuit and a breakthrough for the Taiwanese director. Funny and touching, the film portrays the ordeal of social conventions that kick in once Wai Tung's parents arrive. Lee's centerpiece is the banquet itself, a traditional Chinese ceremony etched with raucous humor and farcical vignettes, as Wei Wei cooks meals for the family actually prepared by Simon. Even so, the film ends on a poignant note, heeding the sacrosanct aspect of true love. Don't miss this bountiful cinematic treasure.