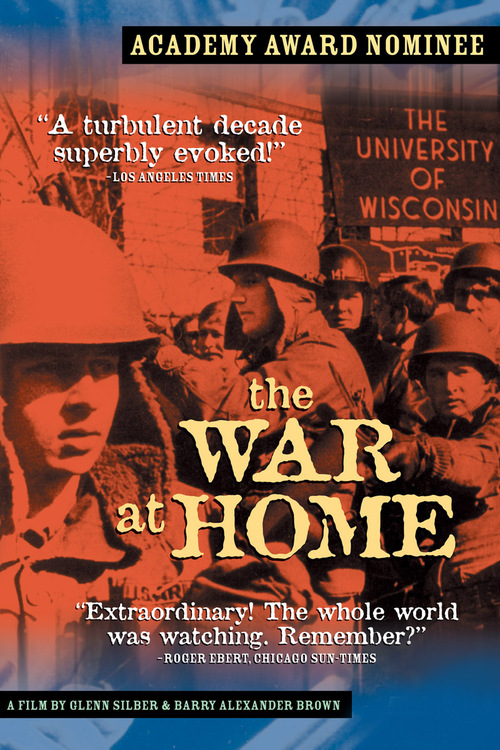 The War at Home

In 1969, the University of Wisconsin at Madison was engulfed by student riots as the national antiwar movement reached a fever pitch. Then a tragedy occurred: someone bombed an on-campus Army research center that killed one grad student and left the community sad and shaken. This riveting doc revisits those tumultuous years via news clips, archival footage, and eyewitness interviews.

Nominated for a Best Documentary Oscar, this trenchant piece of retro-reportage evokes a tense, era-defining period in U.S. political history through a very localized story. While Berkeley's mid-'60s turmoil has been covered extensively elsewhere, Brown and Silber train their eye on a lesser-known but equally important center of antiwar activity, interviewing the campus officials, former radicals, war veterans, and local politicians who were eyewitnesses to the shocking events that unfolded in Madison, and how they affected the movement on a national scale. A vivid, unforgettable film.

The Way We Get By