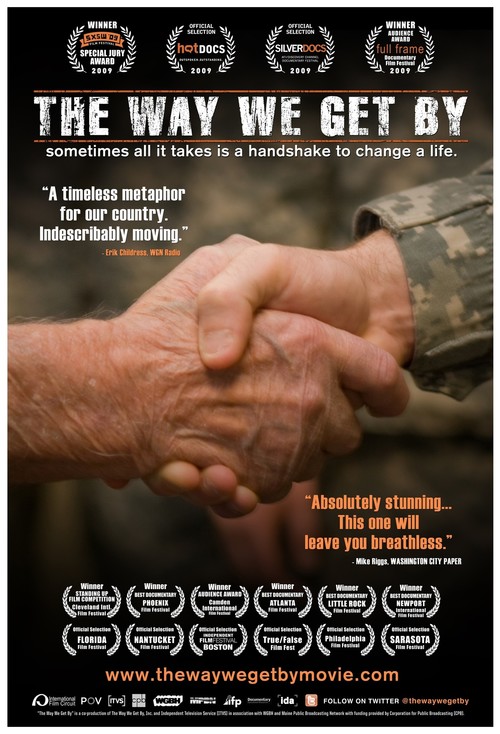 The Way We Get By

Any incoming or outgoing Iraq War troops traveling via Bangor, Maine will be met by local senior citizens Bill, Joan and/or Jerry, who have been on call 24/7 virtually since the war began. They've greeted over a million soldiers, providing welcome doses of hope and cheer to our fighting forces, but what are their lives like outside the airport? Take a warm, winning trip into the lives of three authentic American patriots, still doing their part even as their own mortality approaches.

Eschewing the chaos and gore of so many films dealing with war up-close, director Aron Gaudet focuses his lens squarely on the nobler points of the conflict, seen at a safe distance: regular citizens coming forward, with no interest in personal gain, simply to express gratitude and support for the young people who might have to make the ultimate sacrifice for their country. In Bill, Joan and Jerry, we find three of the more admirable subjects to grace any nonfiction film in quite some time, and the basic decency they exude will stick with you long after the film ends. Don't let this uplifting documentary get by you.

The Way We Laughed