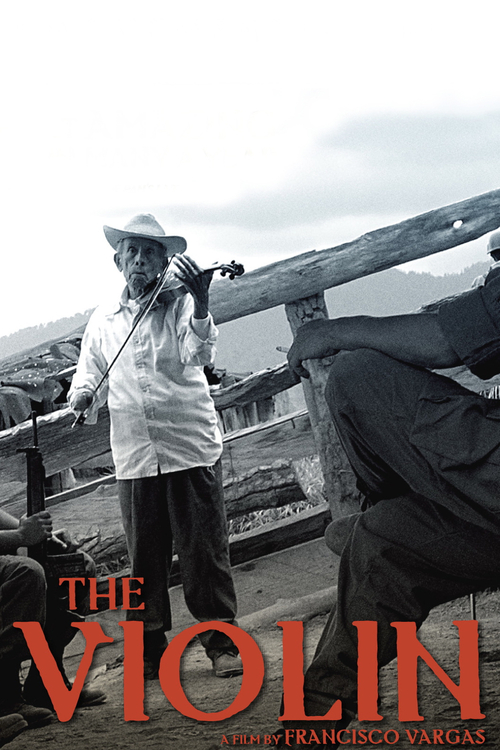 Elderly violin player Don Plutarco (Tavira) makes a pittance busking in the streets of an impoverished rural village with his son Genaro (Taracena), an anti-government rebel activist, and grandchild Lucio (Mario Garibaldi). When the Mexican army seizes their home and land, attempting to root out the guerrillas Genaro's in league with, Don Plutarco makes a bold move to recover a stash of hidden ammunition.

Shot in crisp black-and-white, Vargas's "Violin" opens with a horrifically brutal interrogation and rape, then tracks backwards to show what led to this abomination; unfortunately, an all-too-common terror in 1970s Mexico, at the height of peasant farmers' insurrection against government oppression. This sorrowful, deceptively simple tale, set in that period, focuses on Plutarco, a frail old campesino who attempts to outsmart a brutish army captain (Gama) with a soft spot for music. Sober but deeply affecting, "The Violin" is a harrowing portrait of have-not heroism that won Tavira, a septuagenarian novice, a well-deserved acting award at Cannes.