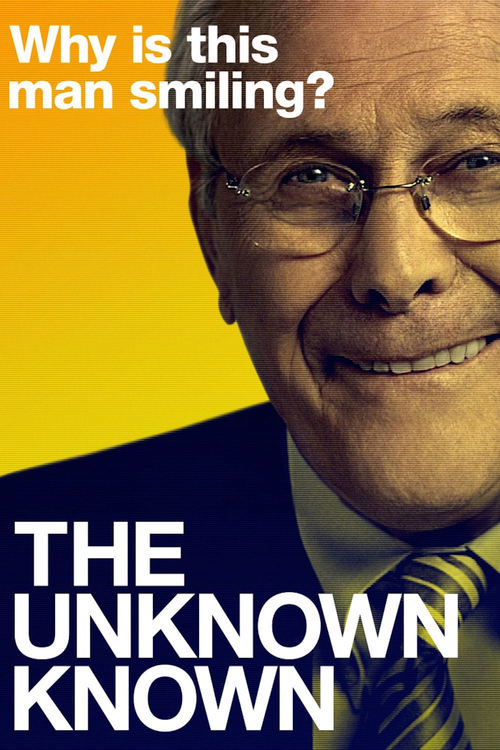 Former United States Secretary of Defense Donald Rumsfield talks openly (if obliquely) about his long and controversial career in politics. From his days as a congressmen in the early 1960s, to his years working under Presidents Ford and Reagan, to the 2003 invasion of Iraq, Rumsfield shares his take on world affairs, and parses the role he played in shaping American foreign policy. But what — and how much — is he really telling us?

Using his trademark technique whereby subjects address the camera directly, director Errol Morris presents yet another piercing expose of an American statesman after 2003's "The Fog of War." The stark difference here is that, unlike his predecessor Robert McNamara, Rumsfield betrays not a jot of regret about his actions during the Iraqi conflict. An obsessive wordsmith, the former Defense Secretary discusses the thousands of "snowflakes" (memos) that he sent during his tenure, seeming to place more emphasis on process and semantics than the bigger picture. Morris poses questions, and Rumsfield's cagey, circuitous, smiling answers reveal his particular knack for blending truth and obfuscation. It's not an appealing trait. For a fascinating glimpse into a complex figure, delve into the "Unknown."