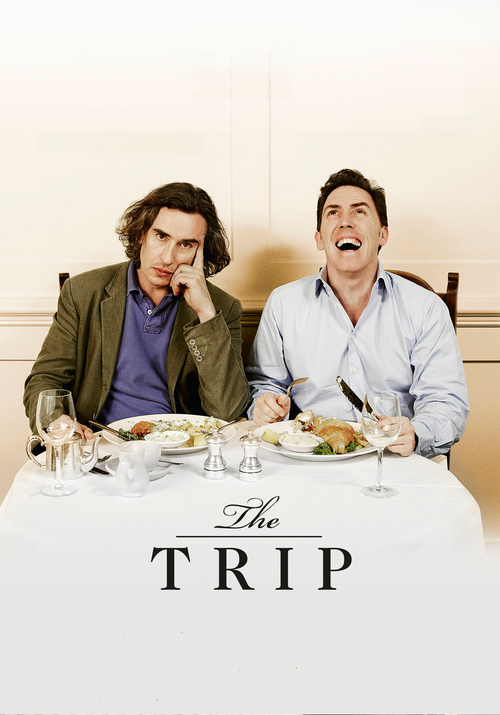 Steve Coogan, a British comedian and actor, has been asked by a major UK newspaper to tour the countryside, sample the best restaurants, and report back. When his girlfriend bails on him, he's at loose ends and decides to ask his fellow actor pal Rob Brydon to join him. As these two gifted, neurotic men travel the scenic byways of pastoral England, they eat their fill, aggravate each other, and compete to resolve who can carry off the best celebrity impersonations.

Largely improvised by the two leads, this hilarious pseudo-doc provides a rich cinematic showcase for popular British comedians Coogan and Brydon. They're in practically every shot, so there's nothing to interfere with their inspired riffs and banter. In fact, the pair achieve an on-screen chemistry even Hope and Crosby would have envied, with Coogan's biting, cynical wit countered by Brydon's more bluff, over-the-top humor. Speaking of bites, gourmands will also appreciate mouth-watering parade of elaborate, rich foods on display. Take this "Trip" — you won't regret it.

The Trip to Bountiful