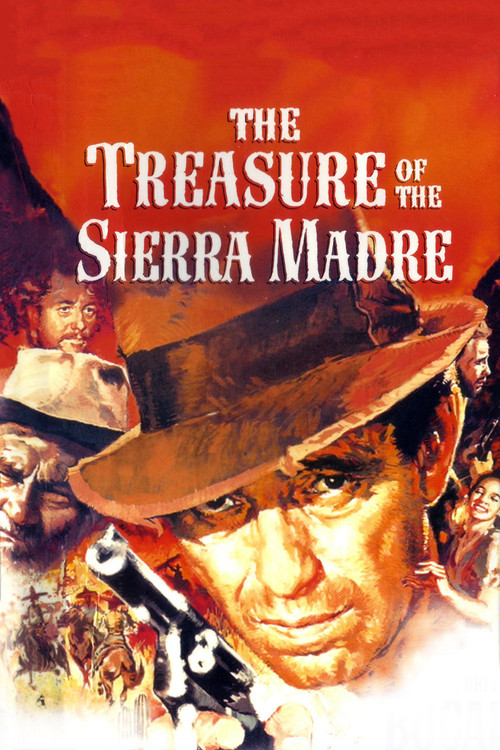 The Treasure of the Sierra Madre

Fred Dobbs, Bob Curtin and Howard, three motley down-and-outers in Mexico (Bogart, Holt and Huston, respectively), pool their meager resources and set off to search for gold. Only Howard, a former prospector, really knows what he’s doing. Against all odds, the men get lucky and strike a vein. But just when things should start looking rosy, black clouds appear on the horizon. In having to protect and share their riches, the seeds of distrust are sown, particularly in an increasingly paranoid Dobbs.

John Huston’s hypnotic cautionary tale delivers savage human drama wrapped up in an adventure film. Containing generous doses of humor, suspense and action, ultimately "Treasure" is a striking meditation on the nature of greed. (Trivia note: this film marked the first time a father and son took home Oscars the same night: John for his peerless direction and his father Walter for his indelible performance as crusty old Howard.) "Treasure" is just that — cinematic gold.

The Tree of Life