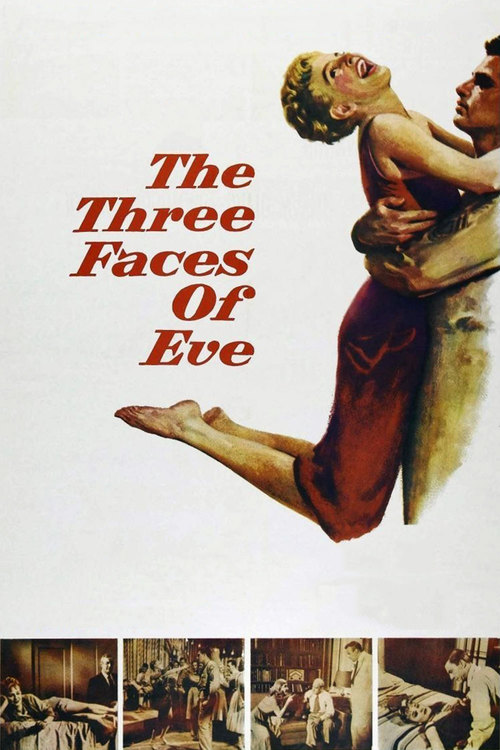 The Three Faces of Eve

Narrated by Alistair Cooke in a pseudo-documentary style, film tells the story of Eve White (Woodward), a Georgia housewife who visits psychiatrist Dr. Luther (Cobb) to seek treatment for headaches and blackouts. Her husband, Ralph (Wayne), thinks Eve's faking her ills, but the shrink soon discovers she has multiple-personality disorder, and begins a variety of therapies to merge her three separate "faces."

Based on an actual case, "Eve" is a distant precursor to the TV drama "Sybil" (also featuring Woodward). On its original release, it broke new ground in Hollywood's treatment of mental illness, while also taking a hard look at prescribed gender roles for women in the 1950s. Starring opposite veteran Cobb, the young Woodward is particularly impressive here, with three roles to juggle: a dowdy Southern housewife, a libertine, and a pragmatic, cultured woman. She brought off this complex, nuanced characterization with such finesse that she walked away with a Best Actress Oscar. Watch these "Faces," and you'll see why.