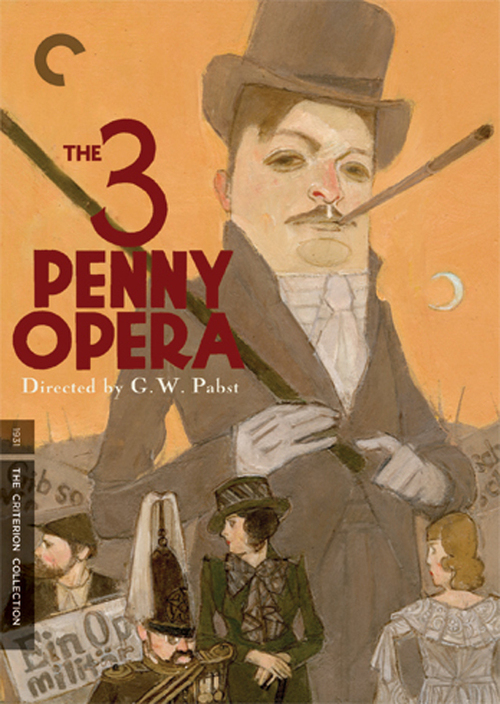 In Victorian England, underworld chieftain Mackie Messer, a.k.a. Mack the Knife (Forster), falls for guttersnipe Polly (Nether), and decides to marry her. But Polly's father, beggar king Peachum (Rasp), is not happy that his daughter plans to wed a common criminal, and enlists the help of police chief Tiger Brown (Schunzel) to entrap Mack.

Based on "The Beggar's Opera," a collaboration between German playwright Bertolt Brecht and composer Kurt Weill, Pabst's drama is a keystone of the early sound cinema. Rasp, Nether, and Forster are superb, while the great Lotte Lenya (wife of Weill) reprises her stage role as the prostitute Jenny. Apart from the film's brilliant satire of capitalist greed and the sharp, cynical tunes by Weill, Pabst brings a whole arsenal of stylistic innovations to this film: complex staging, fluid camerawork, and vivid set design. Banned by the Nazis in 1933 and restored in 2006, "Opera" is a subversive tale about the many varieties of hypocrisy.