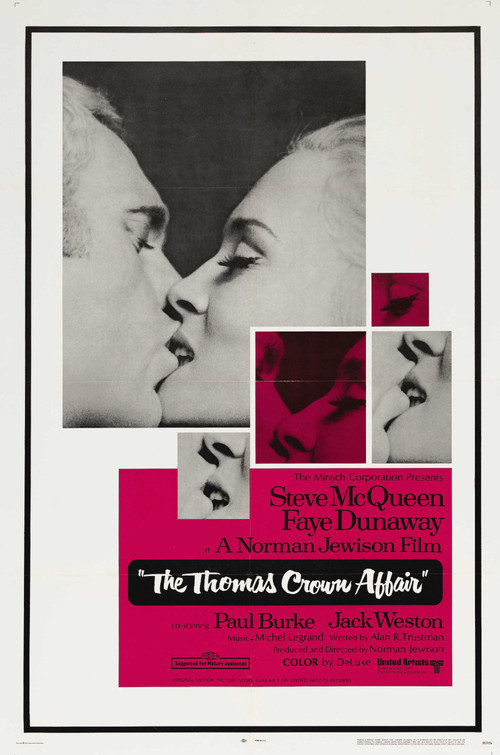 After suave tycoon Thomas Crown (McQueen) plans and executes a bank robbery for his own amusement, crack insurance investigator Vicky Anderson (Dunaway) is assigned to the case. As Crown and Anderson cautiously circle each other, suspicion mingles with the laws of attraction. Will romance or justice win the day?

This sleek, stylized movie's chic trappings and star chemistry still comprise a winning formula. It's fun to see the usually scruffy McQueen dressed to the nines in the title role, but Dunaway's the revelation. Stacked up against the wily, macho Crown, Vicky is his match in looks, confidence, and brains, so the inevitable seduction feels balanced and mutual. "Crown" is a sexy, suspenseful cat-and-mouse game waged between equals, with a nifty surprise finish. Innovative split-screen cinematography from Haskell Wexler and a romantic Michel Legrand soundtrack make this one of the top "1960s time capsule" films.

The Three Faces of Eve