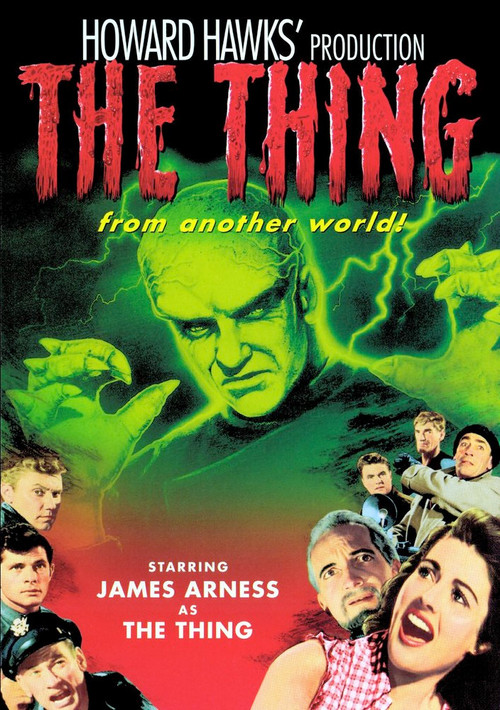 The Thing From Another World

A UFO lands in the remote, frozen Arctic, and Air Force Captain Hendry (Tobey) is sent to investigate. Soon enough he and his crew are confronted with a frozen spaceship containing a very large alien being (Arness), which becomes very nasty indeed when mistakenly thawed. The scientists on-hand want to keep the creature alive for further study, while the military men want to destroy it. Meanwhile, the monster keeps wreaking havoc, leaving little doubt about which side will win the argument.

Don't miss this strong, early entry from the golden age of science fiction movies, produced by legendary director Howard Hawks, who reputedly also handled most of the directing chores. This cult classic still holds up as genuinely creepy, gripping entertainment, brimming with the requisite Cold War paranoia ("Watch the skies!"). Arness's portrayal of "The Thing," however, is about as far removed as you can get from Marshal Matt Dillon in "Gunsmoke," the landmark TV role that made him world famous several years later. B-r-r-r, indeed!