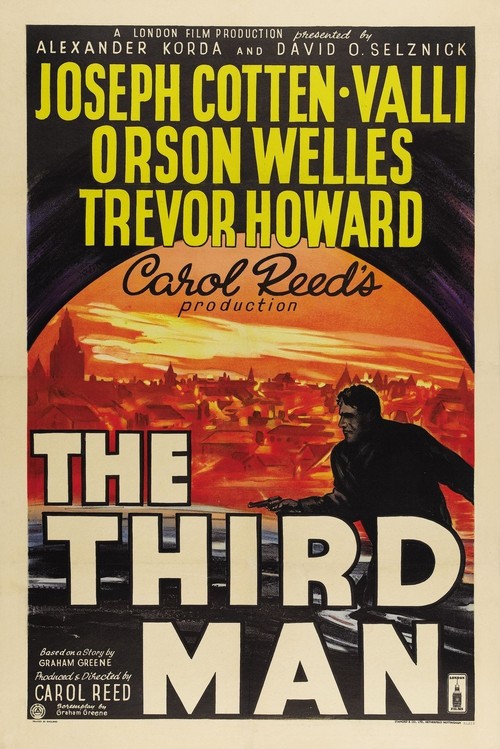 Mystery/Thrillers, The Criterion Collection, The Essentials

Holly Martins (Cotten) travels to the rubble of post-World War II Vienna to unravel the mysterious demise of old friend Harry Lyme (Welles). He starts with few clues, and the little information he can gather from various sources simply doesn't hang together. In this treacherous world of deception and black marketeering, Holly perseveres, aided by a police inspector (Howard) who'd also like answers. Is Harry Lyme really dead, and if not, why fake his own death?

One of the all-time great mysteries, the excellence of this production is reflected in the talents of its key contributors: old Mercury Theatre colleagues Welles and Cotten, screenwriter Graham Greene, producers Alexander Korda and David O. Selznick, and director Carol Reed. Together, they create an intricate thriller, with corrupted souls inhabiting a decimated city like so many vultures. "The Third Man" also features one of the best uses of music in all film, with Anton Karas's original zither score adding to the bizarre, ominous proceedings. Stunningly shot on location, this is a must.