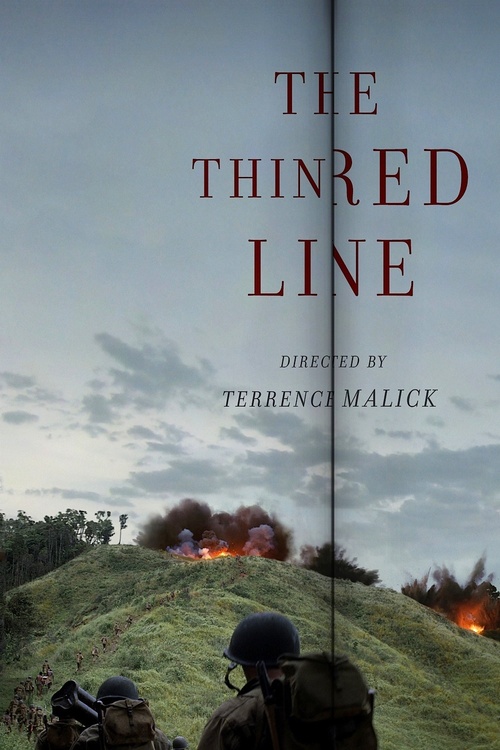 This haunting, powerful adaptation of James Jones's groundbreaking novel looks at World War II through the eyes of several soldiers of various ranks in the fabled Charlie Company. In 1943, the fight at Guadalcanal was shaping up to be a decisive battle in the Pacific theater, but the army units posted there had become ravaged and weary. Through a series of contemplative monologues, we see the conflict from the perspective of young, nervous reinforcements as they prepare for battle, dream of life back home, and contemplate the wild, untamed beauty of the natural world even as they face death.

With his long-awaited third feature, legendary director Terrence Malick ("Badlands," "Days of Heaven") delivered perhaps the most lushly beautiful war film ever made, and Criterion's edition does it full justice. Few filmmakers have the capacity to find poetry and humanity amidst the carnage of war; fewer still could find it in the way Malick does, building a film about combat on hushed interior monologues spoken by a platoon's worth of the best American actors, all of whom shine here. This oblique approach is otherworldly in feeling, and when paired with Hans Zimmer's enveloping score, makes for an unparalleled visual and aural experience. Don't hesitate to cross this "Line."

The Thing From Another World