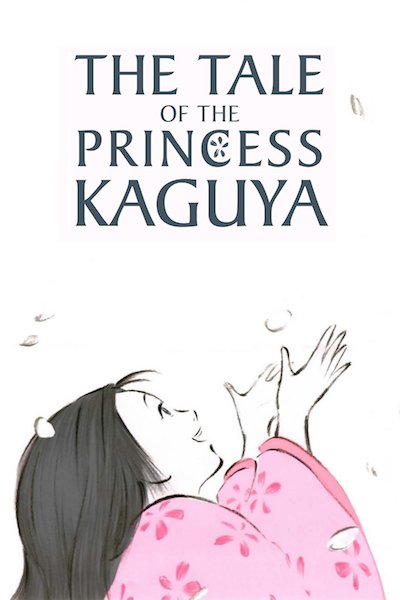 The Tale of the Princess Kaguya

In 17th century Japan, a lowly bamboo cutter (Caan) finds a doll-sized girl in a magical bamboo shoot. He raises her with his wife (Steenburgen) and she quickly grows into a beautiful young woman (Moretz). Although she would rather play in the woods with her friend Sutemaru (Criss), Princess Kaguya (as she is now called) is tutored in ladylike ways by the stern Lady Sagami (Liu). Suitors arrive to win her hand, but all the while Kaguya misses her simpler, rural life.

Eight years in the making, and adapted from a 10th century folktale, this may just be the penultimate film from Studio Ghibli, the Japanese anime house. The traditional, meticulous 2D animation has a striking beauty born of simplicity, with broad pastel lines suggesting the brushstrokes of a watercolor. Directed by Ghibli co-founder Takahata, this whimsical Oscar nominated fable is a swirl of fantasy, emotion and melancholia, and in true Ghibli tradition, features a strong, free-spirited heroine.

The Tales of Hoffmann