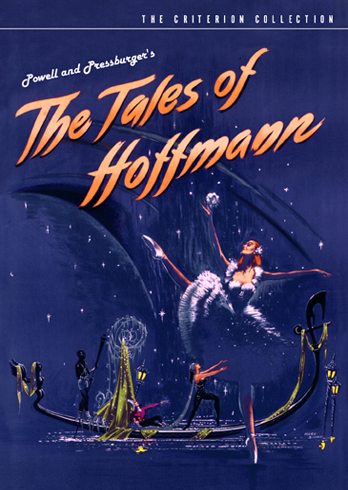 The Tales of Hoffmann

Even if you are not an opera fan, Powell and Pressburger's enthralling "Hoffman" offers enough gloriously realized set pieces, shimmering color photography, and splendid choreography (courtesy of ballet maven Jane Ashton) to keep you pinned to your seat. Metropolitan Opera star Rounseville is in top vocal form as the benighted Hoffman, whose love we know will fail, while supporting players Robert Helpmann, Pamela Brown, and especially Ayars are terrific. Outfitted with Christopher G. Challis's innovative camerawork, "Hoffman" is a lustrous cinematic fantasy that almost defies description. Fans of Powell-Pressburger films should not miss it!

The Taming of the Shrew