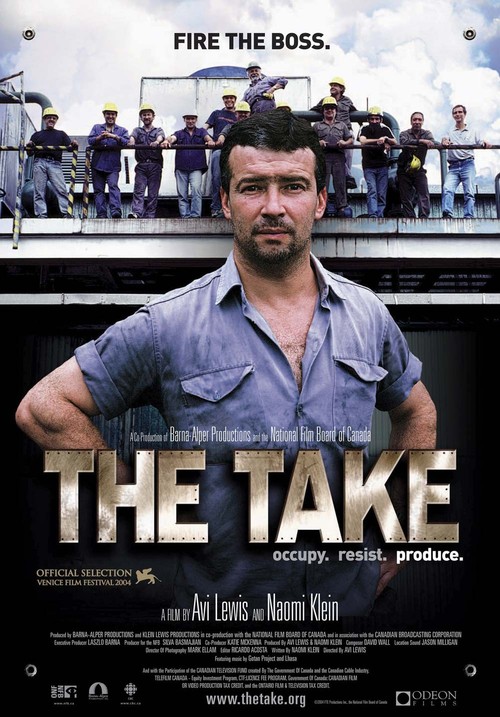 In this gripping documentary set in the aftermath of Argentina's recent monetary crisis, we follow a group of former auto workers who occupy their now abandoned former workplace and announce their plan to run the business as a cooperative. When the company's owners step forward to protest, the stage is set for a showdown between the mass unemployed and the politicians, judges, and other elite forces arrayed against them.

Scripted by activist-author Naomi Klein (No Logo) and directed by Avi Lewis, The Take is a probing look at the ugly underside of globalization and its discontents, as well as a compelling portrait of blue-collar pride and self-esteem. We get to know the workers and their families, hearing about the hardships so many have endured since an ill-advised International Monetary Fund bailout plunged Argentina deeper into debt and disarray. Urgent and damning in its implications, The Take is a David and Goliath story with real-world reverberations.

The Taking of Pelham One Two Three