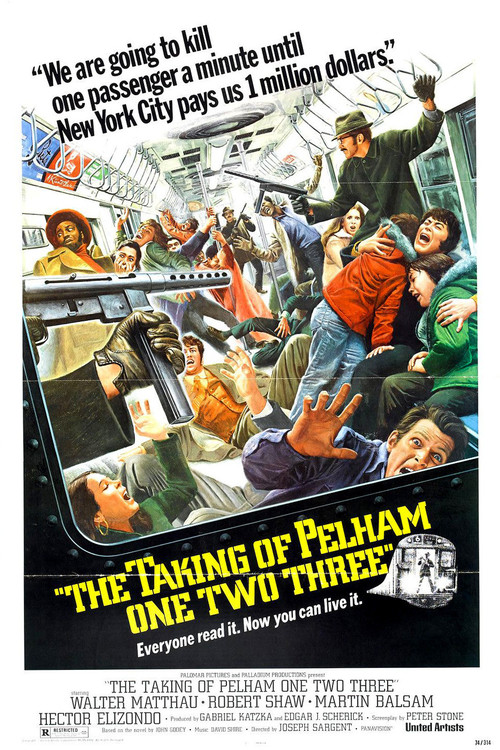 The Taking of Pelham One Two Three

The responsibilities of the New York City Transit police are considerable, especially when a group of criminals takes a subway train hostage between stations. Then the whole crazy town gets into the act. Luckily laconic Lieutenant Zach "Z" Garber (Matthau) is the man on the scene, and he's determined to flush out his clever quarry before gang ringleader Mr. Blue (Shaw) fulfills his promise of killing the passengers one-by-one.

Joseph Sargent's pulsating cat-and-mouse thriller gives off a potent seventies flavor, a time when the Big Apple was in fiscal crisis. Salty New York characters are in abundance, and dog-faced Matthau fits right in, effortlessly assuming the jaded, rumpled contours of veteran Manhattan cop. As Z's chief nemesis, Shaw's Mr. Blue is a study in contrasts: cold, sharp, organized, and ruthless. In a city already coming apart at the seams, can overextended authorities prevail over these audacious criminals?

The Taking of Power by Louis XIV