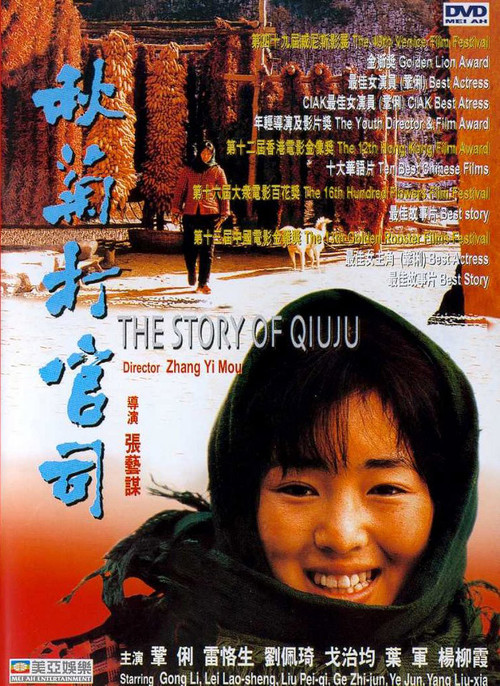 The Story of Qiu Ju

After village big-wig Shantung (Sheng) roughs up mild-mannered farmer Qing Lai (Liu) during an argument, his pregnant wife Qiu Ju (Gong) seeks an apology; Shantung refuses. Undaunted, the headstrong Qiu Ju embarks on a long, arduous journey to seek legal redress for the assault, but finds herself bandied from one indifferent bureaucrat to another. Will she give up and go home? Not likely!

Filmed on location in a remote province of contemporary China, and directed by the internationally acclaimed Zhang Yimou ("Raise the Red Lantern"), this finely etched satire of petty grievance and government ineptitude follows a country laborer's quixotic quest for justice. Ravishing former Miss Hong Kong Gong Li delivers a solid performance as the decidedly unglamorous Qiu Ju, especially in her peerless projection of stubborn female willpower. It's an absorbing, often caustically funny drama that will resonate with anyone who's ever had to deal with the absurdities and frustrations of the D.M.V., the courts, or an obstinate foe.

The Story of a Cheat