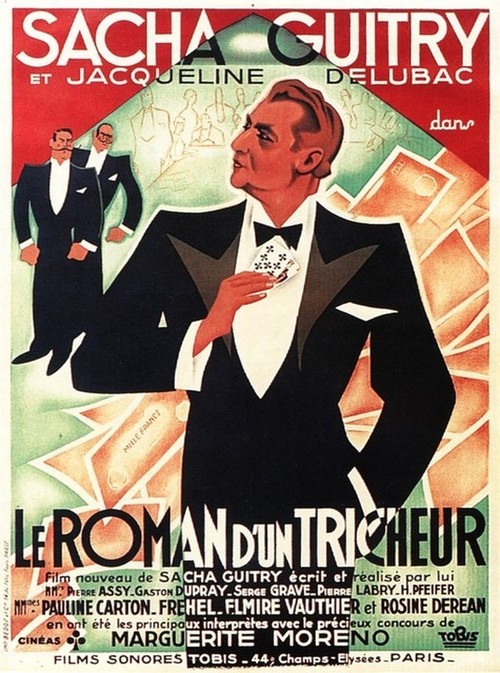 The Story of a Cheat

An elderly gentleman (Guitry) sits in a boulevard café writing his memoirs, and we flash back on a colorful life. As a young boy he’s punished for stealing and goes without supper. When his entire family is felled by poison mushrooms, he concludes that crime pays and embarks on the life of a rakish swindler. He teams up with a beautiful hotel thief (Derean), then briefly marries an elegant lady gambler (Delubac). Trying but failing to go straight, he embraces amorality until chance reunites him with an old war buddy.

Director Guitry was a popular Parisian playwright who derided the advent of cinema. Unable to resist its call however, he adapted his only published novel into this airy charmer. Using novel techniques of flashback and an extensive voice-over, the images unfold like a silent film, but Guitry’s sardonic, quick-witted narration fills any void caused by lack of dialogue. Even the introduction of his players is voiced by Guitry, a genial raconteur revealing the artifice of the medium as well as the playfulness of his own memory. Verbally snappy and visually effortless, this “Story” is magnifique!

The Story of the Last Chrysanthemum