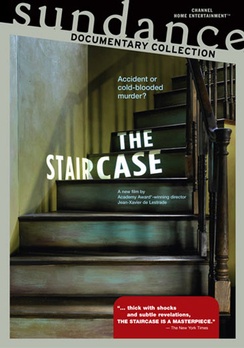 This true-crime courtroom thriller delves into the murky 2001 murder trial of novelist Michael Peterson, accused of killing his wife in their North Carolina mansion. He claims she fell down a narrow staircase; the cops say he’s the culprit. All our assumptions about guilt and innocence — not to mention judicial truth — are overturned as director Jean Xavier de Lestrade follows the trail of wicked secrets and false revelations.

“Perry Mason?” Hardly. This is the real deal: an actual courtroom case, filmed as it was happening, featuring an arraigned fiction writer, an exhumed body, and a calculating defense team springing into action. Award-winning director de Lestrade was given complete access to his subject, but the real drama is in the courtroom, where we encounter the most bizarre twists and turns you could possibly imagine. Few legal thrillers have as many “gotcha” moments as this riveting, real-world chiller. Sensational indeed!