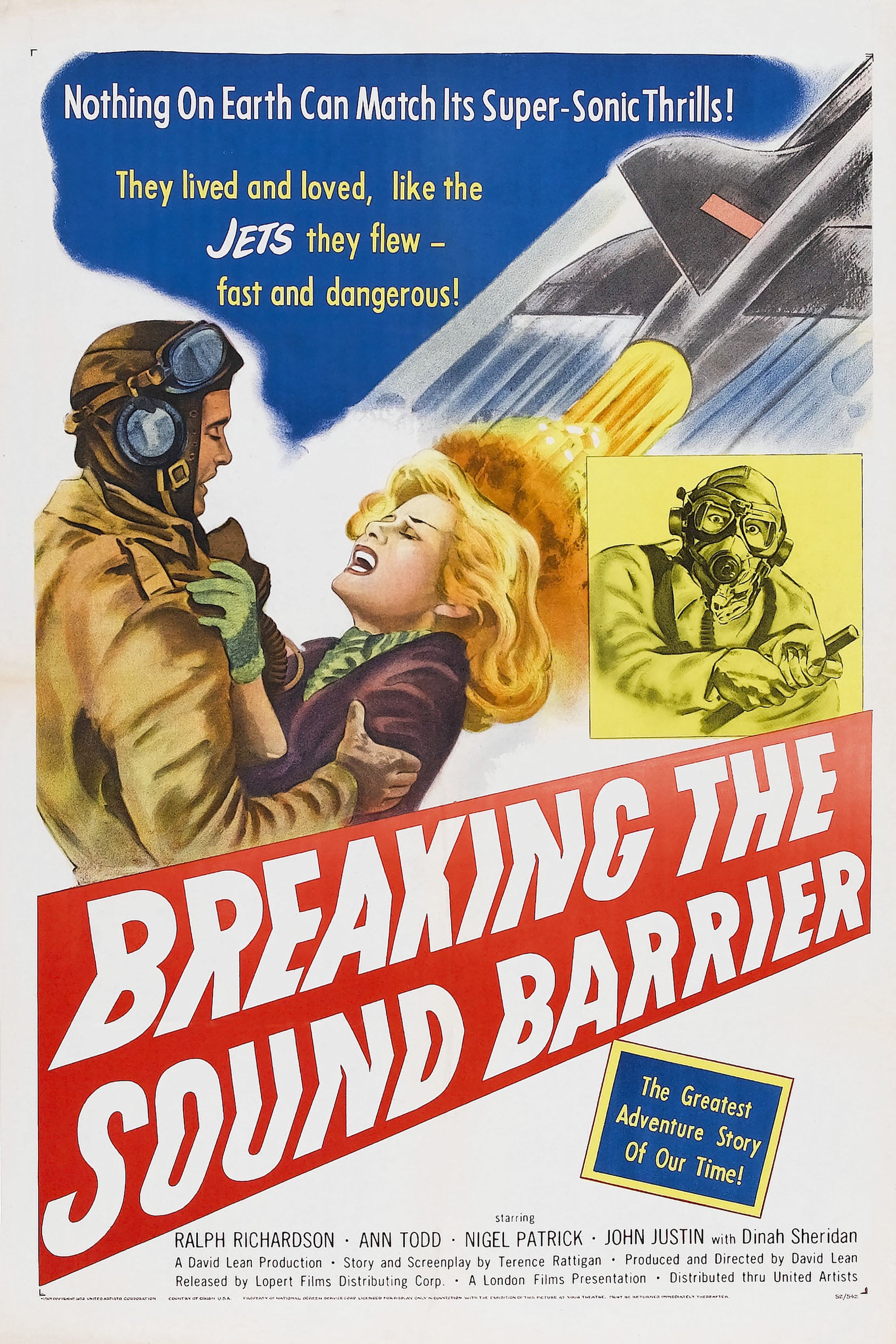 David Lean’s smart, suspenseful drama was scripted by distinguished playwright Terence Rattigan (“Separate Tables”), who was deservedly Oscar-nominated. Todd (Lean’s wife at the time) more than carries her weight in the central role of Susan, but it’s Richardson who walks away with the film, playing a composed but obsessed workaholic who’s blind to everything save the mission at hand. Look fast early on for a young Denholm Elliott, playing Sir John’s son, who can’t meet his father’s expectations on land or in the air. Take flight with this underexposed Lean outing.

Sir John Ridgefield (Richardson) is a rich and powerful airplane manufacturer who’s determined to build the first jet to break the sound barrier. His daughter Susan (Todd) isn’t close to him since work occupies most of his waking hours. However, when she marries aviator Tony Garthwaite (Patrick), Sir John hires him as his chief test pilot. Susan’s aloofness from her father turns to barely suppressed anger as Sir John seemingly ignores all human risk (and casualties!) in single-minded pursuit of his goal. Will he indeed set the record, and just as important, will he ever make peace with his daughter?

The Sound of Music