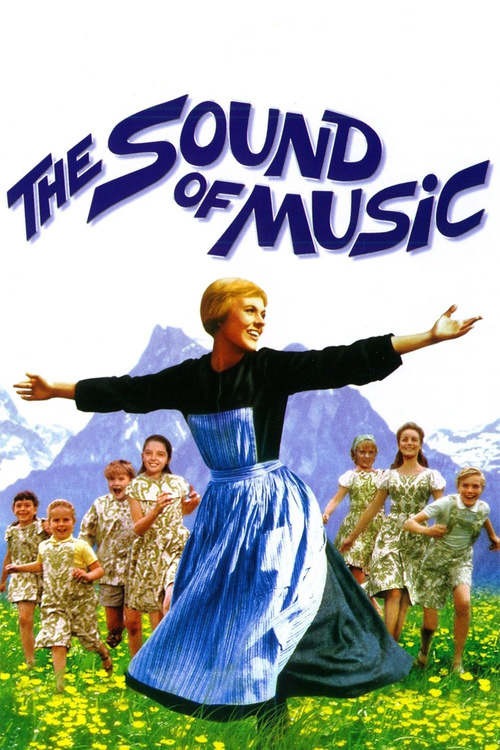 The Sound of Music

Joyous, honey-voiced Austrian nun Maria (Andrews) becomes governess to seven children at the outset of World War II. She becomes closer to the kids, and eventually, she falls for their handsome widower father, Captain Von Trapp (Plummer). The Nazis are on the move, however, and may force the Von Trapps to flee. Will the happy new family survive?

Shot in pristine color on location near Salzburg — and featuring that dizzying opening shot of Maria belting out the title tune from a verdant hilltop — "Music" fully deserves its reputation as one of the most popular films of all time. The daisy-fresh Andrews is simply terrific, whether she's acting or singing, and the songs ("Do Re Mi," "Climb Every Mountain," "My Favorite Things," the list goes on!) have become part of our cultural heritage. Adapted from the Rodgers and Hammerstein Broadway play, the film might be a bit schmaltzy at moments, but in all, it remains utterly irresistible. The hills are still alive — and your singing pipes will be too — with the wondrous "Sound of Music."