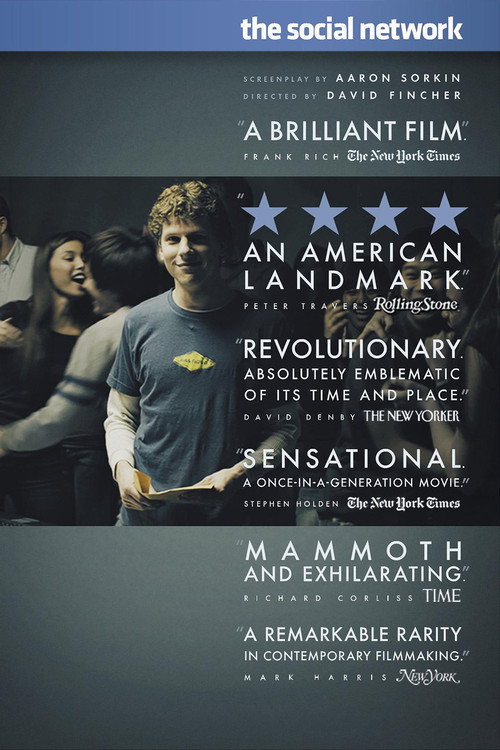 The meteoric, controversial rise of Facebook's creator, Mark Zuckerberg (Eisenberg), is given the full studio treatment, charting the social networking site's growth from a desktop in a Harvard dorm room to unimagined international prominence. The film jumps between past and present, cutting from an older, wiser Zuckerberg fending off several lawsuits stemming from allegations of corporate betrayals and questions of idea provenance (did Mark steal someone else's concept?), to his ever-so-slightly younger days as an awkward college nerd who seizes on a potentially world-changing idea. Success, it seems, always comes with a price.