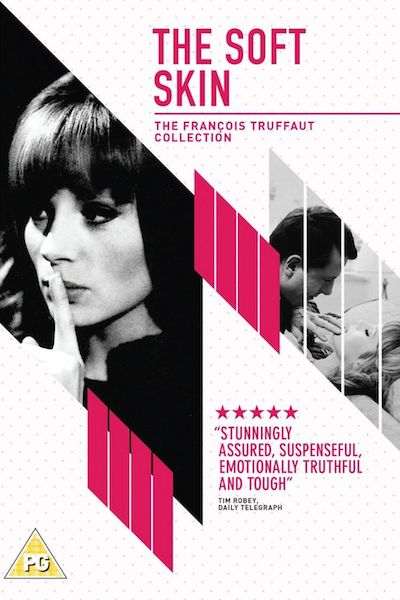 Pierre Lachenay (Desailly) is a successful author and lecturer with a wife (Benedetti) and young daughter (Haudepin).  On a business trip to Lisbon, he meets a gorgeous flight attendant Nicole (Dorleac) and they begin a passionate affair. But whereas Pierre falls deeper and deeper in love, Nicole is less committed. And when Pierre’s wife discovers her husband’s infidelity, she is pushed to her limits.

Truffaut’s fourth feature was a critical and commercial disappointment in 1964, but with time, its cool contemplation of Parisian adultery has won due recognition.  Desailly (at Truffaut’s insistence) plays Pierre with an emotional detachment that lends the film a chilly objectivity, and Truffaut molds the domestic drama into a suspenseful Hitchcockian teaser. Dorleac is the alluring focus of his camera, and she oozes sensual insouciance. Long overdue for the Criterion treatment, this unsparing dissection of human frailty and sin is a triumph, both visually and thematically.