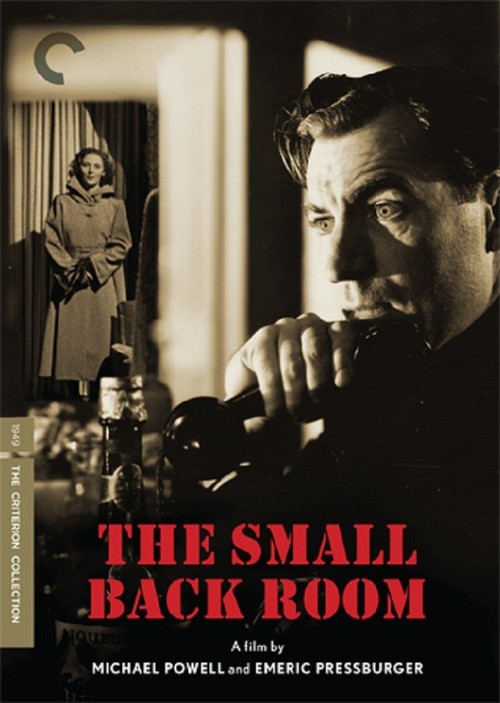 The Small Back Room

Sammy Rice (Farrar) works with British military intelligence as a munitions expert in WWII London, figuring out ways to defuse enemy weapons. But he is a broken, bitter man who deadens with booze and pills the chronic pain he endures from a war casualty that cost him a leg. Sammy's self-destructive routine increasingly alienates his patient girlfriend Susan (Byron) and fuels battles with his superiors. Rice faces a new challenge when asked to defuse an ingenious German bomb disguised as a toy

Despite excellent performances from a truly stellar cast, Powell and Pressburgers Back Room did not fare well at the box office, perhaps because of its heavy storyline, about a crippled, embittered munitions expert dealing with noxious feelings of anger and inadequacy. Since then, this overlooked film has been rightly rescued from oblivion, giving us another opportunity to follow Sammys emotionally turbulent journey to redemption through personal valor, all built around a gripping 17-minute sequence in which he attempts to dismantle a bomb on a gravelly Dorset shoreline. A triumph of wartime suspense.