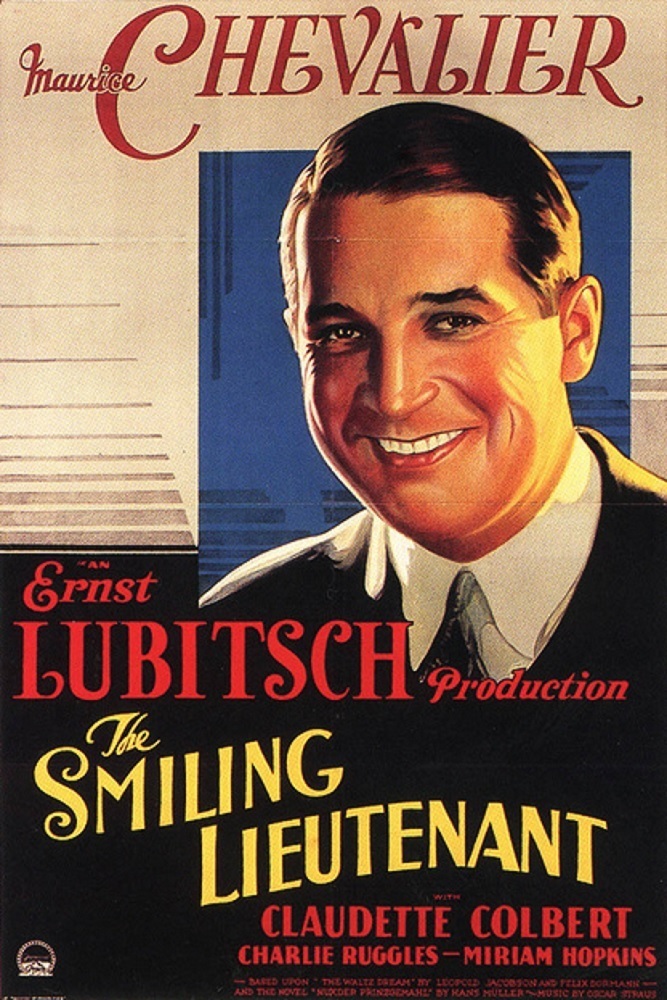 Lt. Niki von Preyn (Chevalier) is crazy about his new girlfriend, the violin playing Franzi (Colbert). On guard duty, his knowing winks to Franzi are intercepted by Princess Anna (Hopkins) who is visiting Austria with her father, King Adolph (Barbier). Assuming the winks were intended for her, the princess falls for Niki and insists he marry her. Niki obliges, with Franzi staying in the picture on the side. But it’s soon evident that Anna craves more of Niki’s attentions. Eventually, it’s Franzi who shows her how to catch his roving eye.

Nominated for a Best Picture Oscar, this pre-Code musical sparkles with the famed “Lubitsch Touch”. Sexual innuendo abounds as Chevalier’s cocky philanderer thrusts and parries with the saucy Colbert, who excels as the modern, sexually liberated Franzi. In just her third film, Hopkins manages to come off slightly dowdy until the rousing finale of “Jazz up your Lingerie,” when she blossoms into a sexy, red-blooded lady. Still wonderfully entertaining after all these years, Lubitsch’s third musical was the highest grossing Paramount film of 1931.