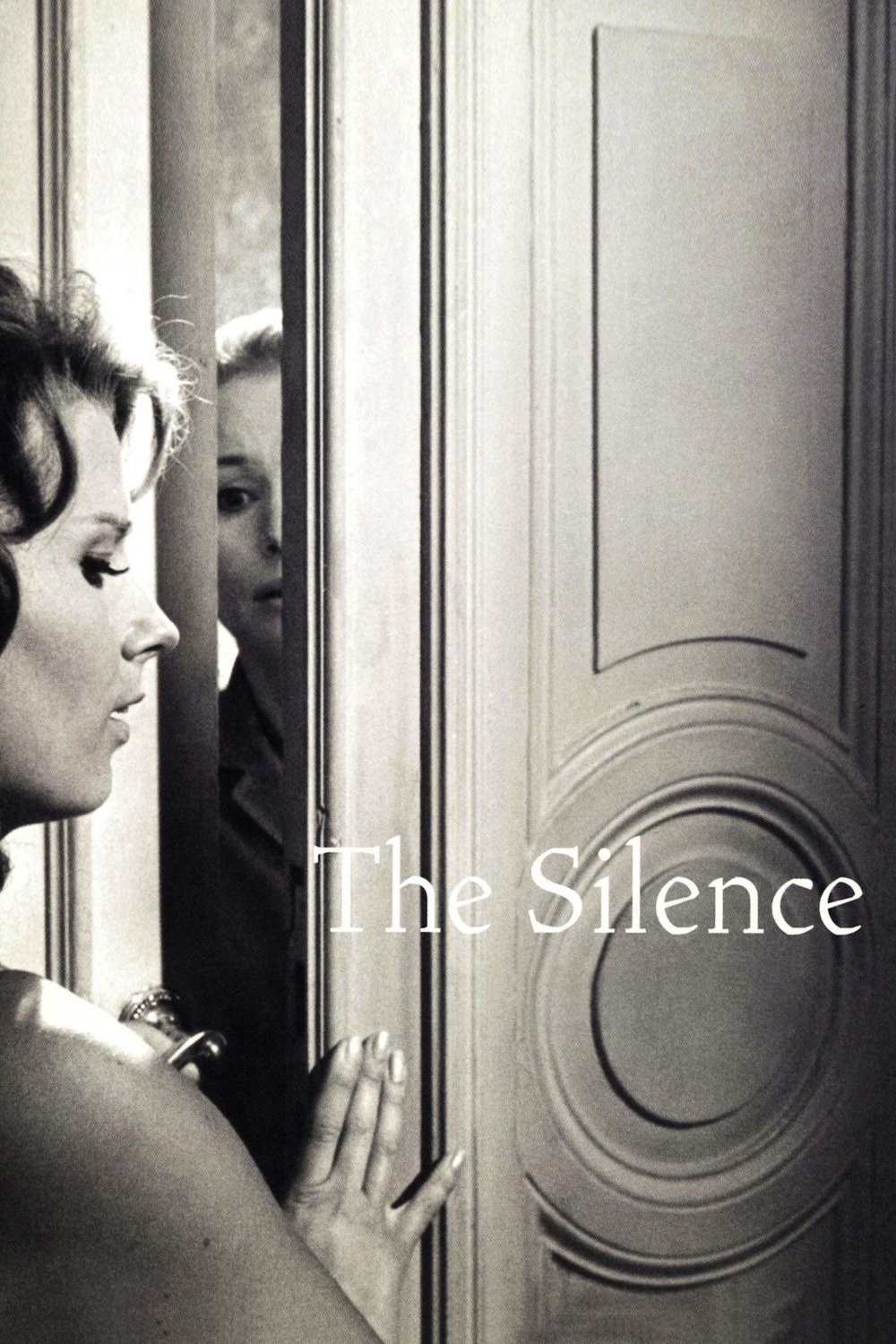 Ester (Thulin) and Anna (Lindblom) are sisters travelling by train with Anna’s young son Johan (Lindstrom). Arriving in an unnamed city, where war seems to be imminent, they take rooms at a hotel where the kindly porter (Jahnberg) speaks a strange foreign language. Ester is sick and confined to her bed. Anna goes out and picks up a man whom she brings back to her room.  Left alone, Johan observes the comings and goings in the hotel and spends time with a troupe of travelling circus dwarves.

A near total absence of communication provides the stark, arid backdrop for this disturbing final film in Bergman’s “Silence of God” trilogy. The famed Sven Nykvist’s claustrophobic cinematography effectively reinforces Bergman’s prevailing themes of isolation and alienation. On release, “Silence” was considered scandalous due to its then-daring sexual depictions. Combining wordless passages with scenes of almost comic absurdity, Bergman and his two fearless actresses evoke a world without connection, seen through the eyes of an innocent, impressionable boy. All these years later, ‘The Silence” still speaks volumes.

The Silence of the Lambs