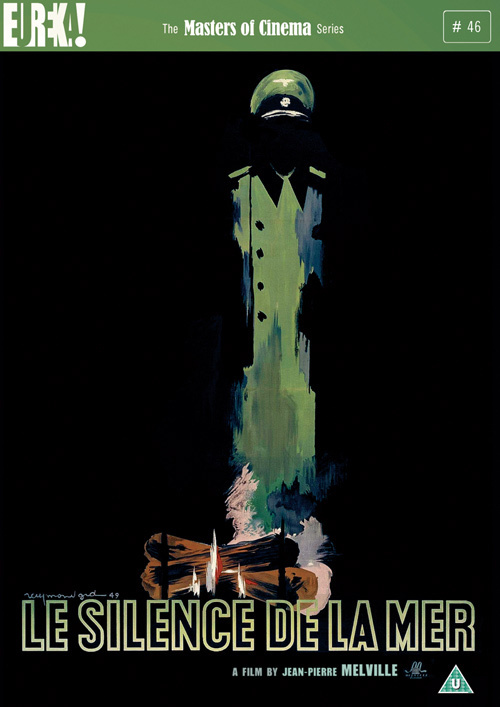 The Silence of the Sea

During the German occupation of France in 1941, Nazi officer Werner von Ebrennac (Vernon) is billeted to the home of an elderly man (Robain) and his niece (Stephane). Despite the interloper’s polite behavior and congenial attempts at conversation, the Uncle and his Niece refuse to acknowledge the man’s presence in any way. Undeterred, on his return each night von Ebrennac constantly surprises them with a monologue, revealing his intellect and obvious love of France.

Melville’s first film was adapted from the celebrated novella by Vercors, a book that was covertly published during the occupation. Shot in the author’s actual home (by Henri Decae with stunning, modern touches), “Silence” is a masterful accomplishment, using the inevitable claustrophobia of filming in a limited space to its advantage. Vernon is riveting as the sympathetic “monster”, his embrace of the Nazi war machine both pathetic and frightening. Melville, who worked for the French Resistance, would go on to make perhaps the greatest Resistance film ever in “Army of Shadows,” but this unique and arresting feature stands as his remarkable entrée to cinema.