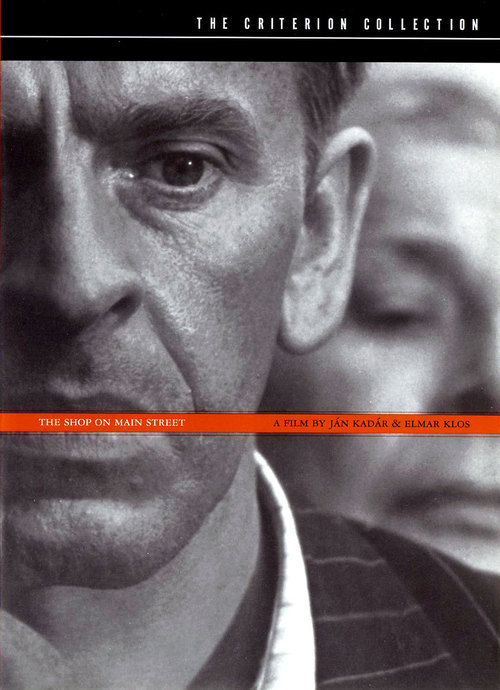 The Shop On Main Street

During the Nazi occupation of Czechoslovakia, Antonin (Kroner), an ineffectual worker whose brother-in-law is the town's chief Nazi collaborator, gets assigned "Aryan owner" of a button shop long operated by Rozalie Lautman (Kaminska) an old, increasingly senile Jewish lady. Antonin can't make the still-spirited, energetic Rozalie understand she now works for him; she sees him as her new assistant, oblivious to the horror looming just outside her shop. When the Germans start taking the town's Jews to the camps, Antonin must resolve whether to turn Rozalie in, or risk his life by hiding her.

A deserving winner of the Best Foreign Film Oscar in 1965, "Shop" is a haunting tale of the holocaust. Directed by Jan Kadar and Elmar Klos with simplicity and restraint, the heart-rending story unfolds gradually, with a pitch-perfect rendering of the two central characters (by Kroner and Kaminska) keeping us glued to the screen. An unforgettable testament to the horrific ravages of the Second World War.