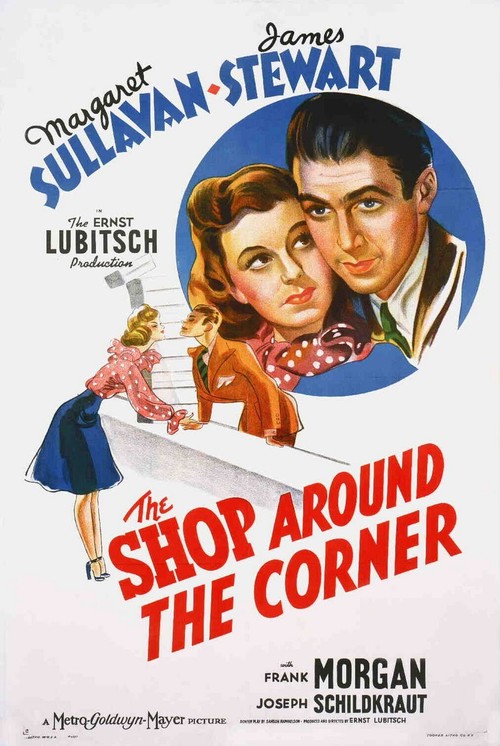 The Shop Around the Corner

When Klara Novak (Sullavan) uses her wily sales technique to impress Hugo (Morgan), a Budapest gift-store owner, she is hired to work alongside clerk Alfred Kralik (Stewart), but the two don't hit it off. No matter: Alfred is secretly hoping to meet a woman with whom he's had a promising written correspondence via the personals. Klara, meanwhile, begins to fall for an anonymous man she's been writing to as well. So it's a big surprise — to them, not to us — when they discover the true identities of their respective pen-pals.

They don't make romantic comedies like they used to, and no one made them quite like director Ernst Lubitsch, whose famed touch lights this wry, poignant, perennially charming film. Veteran players Stewart and Sullavan are a perfect match as comically antagonistic lonelyhearts, conveying their characters' vulnerabilities with a delicacy too often missing from the tepid Hanks-Ryan remake ("You've Got Mail"). Rich subplots involving the wonderful Frank Morgan and Joseph Schildkraut, who plays a scheming, boastful employee, let Lubitsch impart further nuance to this modest but wholly pleasing tale. A delight from start to finish, this is one "Shop" you'll want to dally in.

The Shop On Main Street