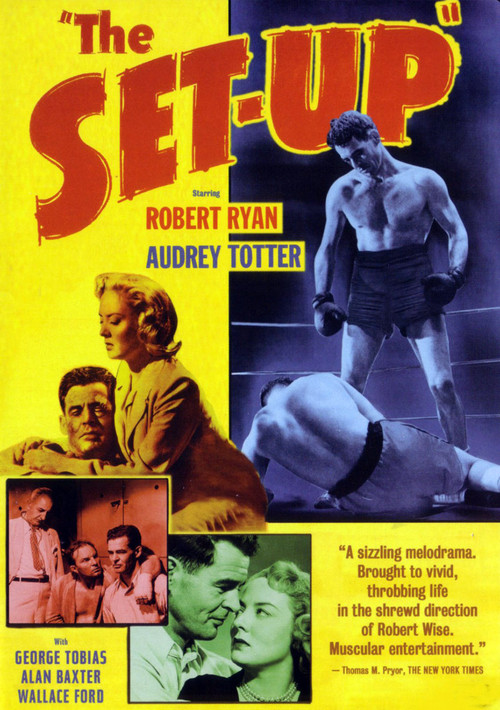 Despite the pleas of lovely wife Julie (Totter), washed-up heavyweight Bill "Stoker" Johnson (Ryan) steps into the ring one more time, feeling "in his bones" that tonight he'll emerge the winner. But unbeknownst to him, slimeball manager Tiny (George Tobias) has arranged with crooked crime boss Little Boy (Alan Baxter) for Stoker to take a dive in the third round – something the hyped-up boxer doesn't learn until the match is well under way.

Robert Wise's taut, bruising drama tackles the merciless world of boxing with heavy cynicism but great empathy for the men whose bodies are nothing more than bettors' chips. Ryan, a real-life college boxing champion, is exceptional playing the 35-year-old fighter – an "old man in this business," as his wife reminds him – determined to whip a mobster's punk. And Baxter, whose pinched smirk conveys a world of menace, couldn't be more sinister, especially in the crushing finale. Wise intercuts the bloody, heart-wrenching real-time bout (a major influence on "Raging Bull") with unflattering shots of the audience – a woman screaming for blood, an obese fellow stuffing his mouth – satirically expressing his own fury without a single word of dialogue.