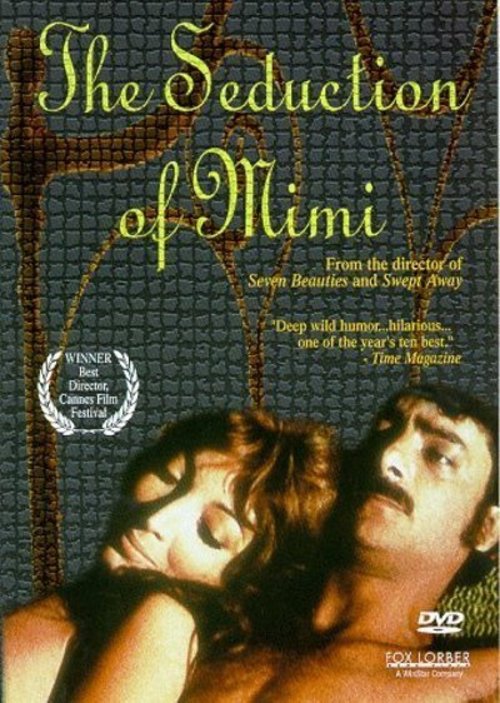 The Seduction of Mimi

Wertmüller's comedy follows the erratic fortunes of Mimi (Giannini), a left-leaning Sicilian worker who loses his job when he lets slip he didn't vote for the Mafia candidate. Fed up with his village and his frigid wife, he leaves for the city and there takes up with Fiorella (Melato). On return to his hometown (with his now pregnant mistress, kept under wraps), he learns his wife has cuckolded him, and starts an elaborate scheme to exact revenge and restore his honor.

This broad, clever satire on male hypocrisy and social convention is priceless, if you love the mournful comic countenance of actor Giannini, as I do. His “Mimi” is an artful creation, an ignorant, impetuous, bumbling fool you can’t help but love. The machinations he undergoes to get back at his spouse will amaze and amuse. Don’t miss the scene when the fat lady disrobes — it’s deservedly the stuff of cinematic legend.