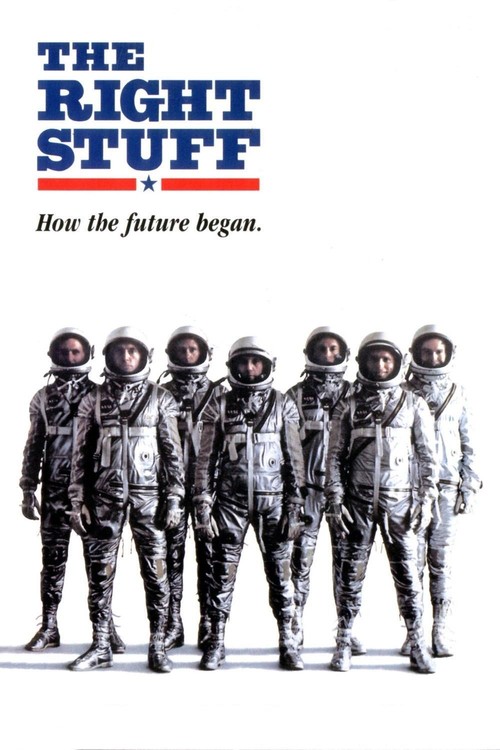 After pilot Chuck Yeager (Shepard) conquers psychological demons to break the sound barrier in 1947, N.A.S.A. recruits the hardiest group of fearless pilots it can find to spearhead its space-race program. Ill-fated Gus Grissom (Ward) and squeaky clean John Glenn (Harris) are the first to attempt an orbit of the Earth, but not without danger and dire frustrations, both at home and in the eyes of the public, as the Russians edge closer to the same goal. Eventually, four men, including wild-at-heart flyboy Gordon Cooper (Quaid), are selected for the Mercury program and groomed for success.

Adapted from the book by Tom Wolfe, this dynamic, three-hour history lesson recounts the formation of America’s space program through the stories of the daredevils recruited to do the impossible, and “punch a hole in the sky.” Apart from assembling a top-grade cast (Quaid and Harris are marvelous in breakout roles), Kaufman melds testosterone-fueled adventure with poignant family drama, sci-fi with broad All-American slapstick, even nodding to John Ford Westerns in staging cowboy pilot Chuck Yeager’s breaking of the sound barrier in the California desert. “The Right Stuff” soars as it tracks seven unlikely heroes on a thrilling journey into a brand new era: the Space Age.

The Rise and Fall of the Third Reich