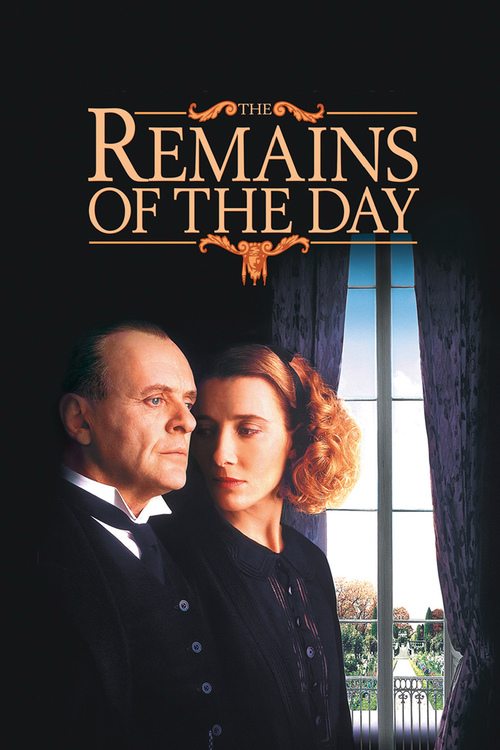 The Remains of the Day

In 1930s Britain, "perfect" butler Stevens (Hopkins) is hired to serve in the household of Lord Darlington (Fox), a stuffy, arrogant man of means, alongside his frail, ailing butler father (Vaughan) and new housekeeper Miss Kenton (Thompson). Stevens is so dedicated in his service and removed from the world of human emotion that he refuses to cope with his father's grave illness — or acknowledge his budding feelings for Miss Kenton. Meanwhile, the winds of war are blowing, and the callow Darlington appears to be throwing in his chips with the Nazis.

Adapted by Ruth Prawer Jhabvala from Kazuo Ishiguro's novel, "Remains" is a refined, elegantly crafted study of loss, regret, and the costs of emotional repression. Hopkins is masterful as Stevens, a man hiding behind an unswervingly dedicated, almost pathologically formal veneer; and the ever-charming Thompson is an excellent foil, attempting to draw Stevens out of his fortress of unfeeling. Lovingly handled by the Merchant-Ivory team, with exquisite period detail and coolly expressive cinematography, "Remains" is a cinematic gem of exceedingly good taste.