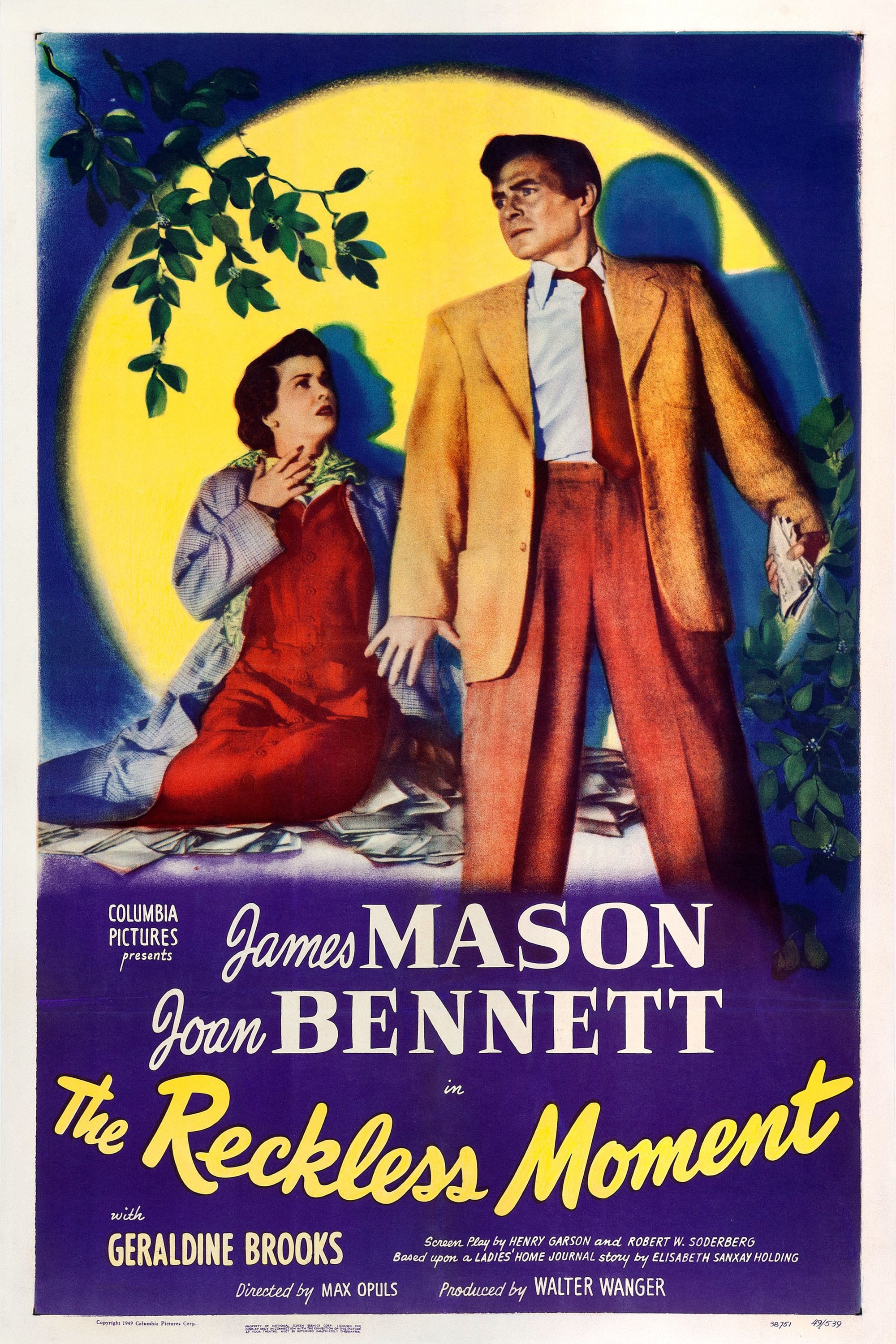 Lucia Harper (Bennett), a wife and mother whose husband is away for an extended period, finds herself in hot water. Barely out of her teens, her daughter Bea (Brooks), is dating a shady older man, Ted Darby (Strudwick). During a lovers’ spat (he really is a heel), Ted gets killed accidentally. Bea runs to Mama, and Lucia decides to cover it all up for her daughter’s sake. Then Martin Donnelly (Mason) a mysterious Irishman, shows up demanding blackmail; he’s holding some love letters Ted sold for money. Over time, as  Martin discovers her full predicament, he comes to admire Lucia’s determination to protect her daughter at any cost.

Famed director Max Ophuls is not remembered for his noirs, but judging by this dark, twisty thriller, he should be. Bennett gives one of her best performances playing a desperate mother, alone and in way over her head. The young Mason is appropriately moody and restrained, underplaying his role; his feelings for Lucia emerge gradually, and we buy it completely. A noir with brains and more than one twist, seize this “Reckless Moment.”