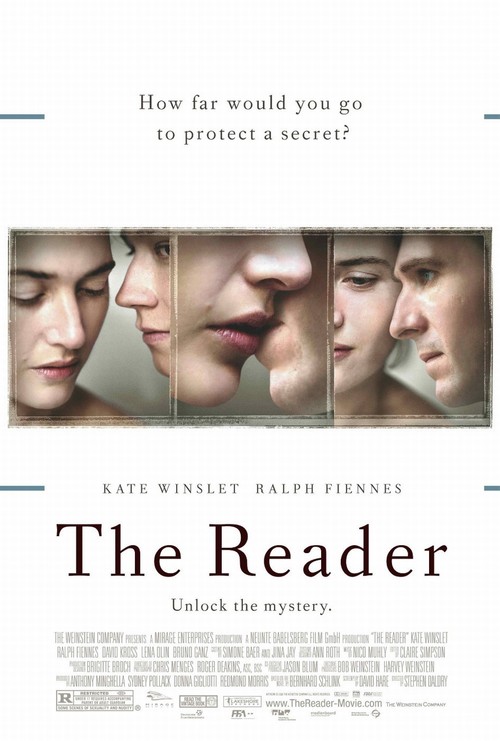 In 1950s Berlin, a torrid affair between tram-fare collector Hanna Schmidt (Winslet) and strapping 15-year-old Michael Berg (Kross) is accented by the older woman’s request that he read her classics after their lovemaking. Eight years later, long after Hanna has mysteriously vanished from her flat, Michael, now a law student, is shocked to discover she’s a defendant at a Nazi war-crimes trial.

Based on Bernhard Schlink’s widely admired novel and penned by screenwriter David Hare, Daldry’s “Reader” deals with a young man’s coming of age in the arms of a former concentration camp guard. Intelligent, absorbing, and sensitively realized, the film is distinguished by Winslet’s haunting performance as a cold, mysterious, and existentially decimated woman. Kross, a young German actor, holds his own as Michael (played in middle age by Fiennes), who is privy to knowledge that could help Hanna in her defense. “Reader” dramatizes a second generation’s coming to terms with Holocaust guilt, and the hard lessons learned on the road to truth.