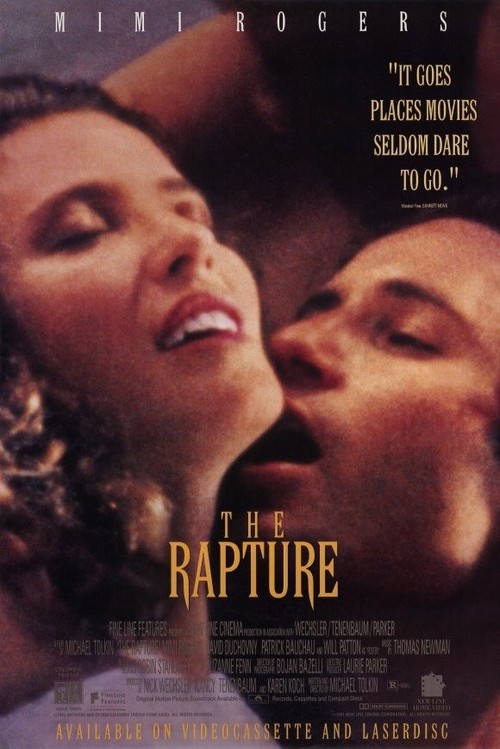 Voluptuous switchboard operator Sharon (Rogers) and her handsome lover Randy (Duchovny), a former hit man, seek hedonistic pleasure in their off hours by engaging in casual group sex with other swingers, such as charismatic older lothario Vic (Bauchau). But Sharon’s life takes a dark, dramatic turn when she’s convinced by members of an obscure Christian sect that the end of the world is fast approaching.

What if the “Rapture” were literally to come true, exactly as described in the Biblical book of Revelation? Tolkin’s debut feature is a story of sin, salvation, and supernatural events that takes this conceit as its central premise, wrapping it around the conversion experience of two formerly amoral and irreligious lost souls. Drawn to the certainty of faith and hoping to atone for their checkered past, Sharon and Randy become born-again adherents, marry and birth a daughter, and wait for the day of “Rapture” to arrive. When it does, this suspenseful, thought-provoking film enters the realm of fantasy, ending with an act of sacrifice that will either snatch your heart or chill you to the bone.