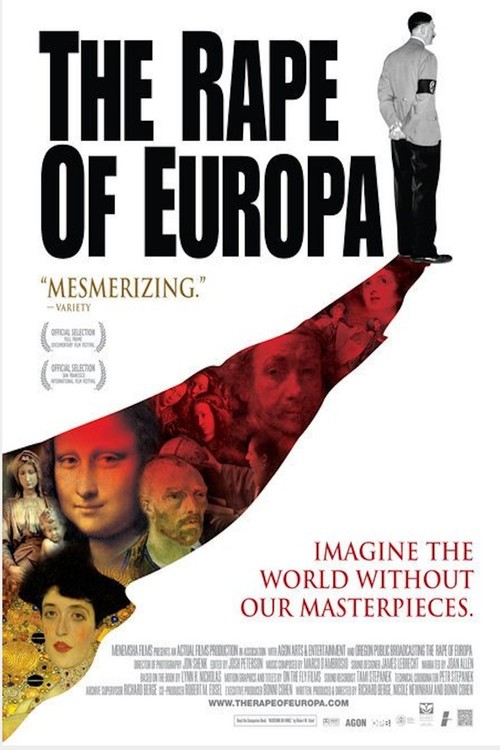 The Rape of Europa

This eye-opening documentary examines the aesthetic sensibilities of Adolf Hitler and other leaders of the Third Reich, who raided some of Europe’s greatest museums and private art collections during WWII in order to build a stockpile of masterpieces in Germany. Through interviews, newsreels, and archival photos, we also learn why Hitler commanded Axis forces to destroy important collections of “degenerate” art, an effort that coincided with the Nazi push for a Final Solution.

Narrated by Joan Allen and based on a bestselling book about the pillaging and firebombing of European art treasures during WWII, “The Rape of Europa” sheds new light on the arrogant race theories of the Nazis, who sought to wipe out the last vestiges of cultures they considered inferior. We hear from art historians and eyewitnesses, as well as those who actively sought to thwart Nazi raids on the Louvre, the Hermitage, and other institutions, including the courageous Monument Men. “The Rape of Europa” is fascinating, a master class in the close connection between art and politics.