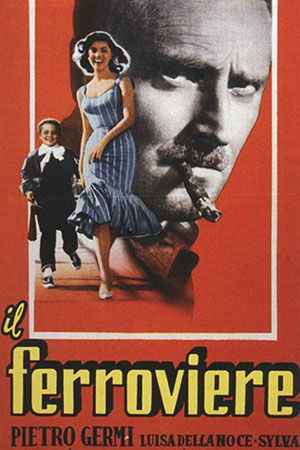 Guitar-playing, wine-loving Andrea (Germi) is a railroad engineer facing strife at work and at home. When he discovers his comely daughter Giulia (Koscina) is pregnant, he forces the girl to marry her lover, unleashing a flurry of bad luck: first, a tragedy on the tracks puts his job in jeopardy, then a general strike forces Andrea to choose between the honor of working-class solidarity and the need to feed his wife (Noce) and young son.

Germi scripted, directed, and starred in this ode to the dignity of Italy's working classes. He is remarkably convincing as Andrea, torn by his love for Giulia and eldest son Marcello — who's thrown out after incurring heavy gambling debts — but deeply disappointed by their actions. Only Sandrino, played by the scruffy Nevola, remains the apple of his eye, acting as an intermediary even though he only half comprehends his father's union problems and his sister's romantic travails. One of Germi's finest and most moving early films in the neorealist style, "Railroad Man" ends with a bittersweet, almost Dickensian Christmas feast.