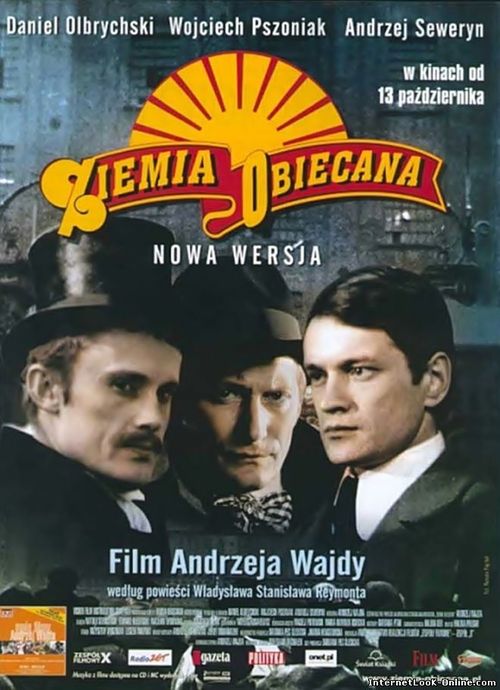 As the industrial revolution churns in late-19th-century Lodz, three men from culturally diverse backgrounds —German industrial heir Max (Seweryn), Jewish investor Moryc (Pszoniak), and factory manager Karol (Olbrychski) —set out to build a new textile factory. The road of progress is bitter though, and before long their collective efforts are sabotaged by politics, an ill-advised affair, and even a bit of espionage.

Adapted from the novel by Wladislaw Stanislaw Reymont, this Dickensian tale of three ambitious entrepreneurs captures the toil, turmoil, and human costs of rapid transformation during Poland's frenetic industrial revolution. Made for television, Wajda's "Promised Land" is a dynamic look at social class, how wealth and privilege are sustained through a network of social connections, and the calculus of greed at a time when prosperity seemed to be the destiny of well-born men. Expert direction and fine acting should lead you straight to "The Promised Land."