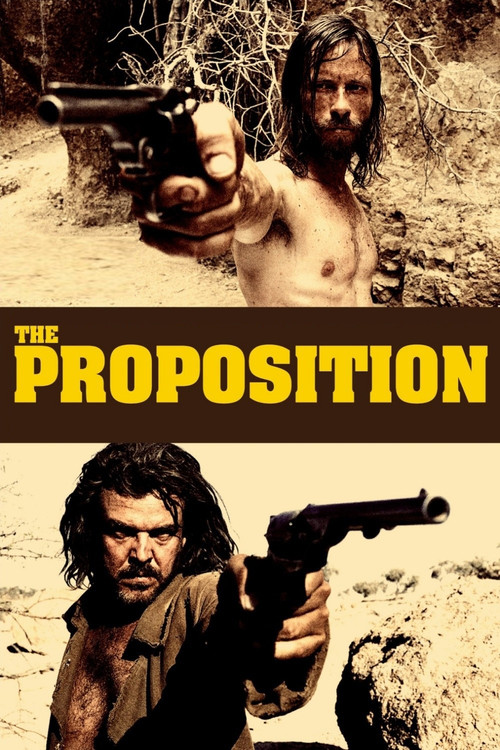 When Captain Stanley (Winstone) captures two members of a notorious gang of outlaws, Charlie Burns (Pearce) and his dim-witted young brother, Mikey (Wilson), he offers an ultimatum: if Charlie will track down and kill his wily older brother, Arthur (Huston), who's responsible for a vicious mass murder of settlers, Stanley will spare Mikey's life. Realizing he has little choice, Charlie sets off into the desolate Australian outback in search of his sadistic older sibling's hideout, leaving Stanley to handle the colonists' irate calls for blood.

Set in 1880s Australia, Hillcoat's bloody, violent, visually extravagant Western owes a lot to "Wild Bunch" director Sam Peckinpah, but it has a disquieting atmosphere all its own thanks to some magnificent camerawork and Aussie rocker Nick Cave's gothic, death-haunted ballads. Retribution is the theme, as it so often is in Westerns, but since we're never sure what gaunt, battered Charlie intends to do when he finds Arthur, played with barely contained ferocity by the wonderful Danny Huston (son of director John), the tension remains high. Delving into Australia's turbulent history of colonial and Aboriginal strife, "The Proposition" is a brutal but thoroughly compelling horse opera.